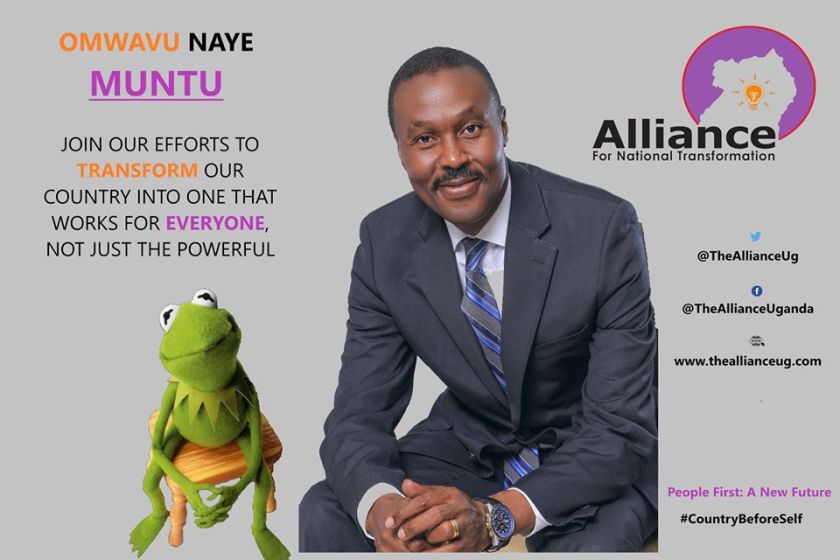 “We have no illusions that we or any other opposition actor can stop General Museveni from the abuse of national resources during the electoral process. He is already doing so. We also have no illusions that there will be a level playing ground in the 2021 electoral process. Our understanding is that no dictatorial regime ever creates a level playing field. Our participation in 2021 is therefore not going to be based on any expectation that the political playing ground is going to be level. That there will be a transparent, free and fair election. Our participation will be from the understanding that we can only overwhelm the regime from a position of superior organization. That is why we focus all our efforts on getting well organized. We know for sure that when you are well organized and disciplined you can overwhelm such a regime in spite of all the odds ranged against you” – Mugisha Muntu (Black Star News publisher Milton Allimadi’s Q-and-A with Mugisha Muntu – ‘Mugisha Muntu’s Beyond Regime-Change Vision: How ANT Wants to transform political culture in Uganda’ 31.01.2020).

By all means, there is a need for a change in the Republic. No one would deny that. Not a single soul would deny the need or hesitate to pursuit that mission. However, the National Coordinator and the founder of Alliance for National Transformation (ANT) Mugisha Muntu hollow point is coming across.

His been a political operative for so long. He knows this game, his been through his share of elections. Therefore, him speaking about it, he has the authority. However, the hollow points and the lacklustre ideals has to be addressed. Because, does he believe it himself? That he got the spirit, the drive and the vision to build this from the ground up?

What difference will his organizational skills be from Amama Mbabazi? Why will ANT matter more than Go-Forward. Not like he has had decades building a team, hold meetings and consult across the Republic. Not like ANT has an office space in every major town or has the ability to spread their message to every single individual. No, its like wishing for greatness, but not having the ability.

Muntu wants the change, he speaks of it, but only wants it his way. A mediocre and a lack of courage. He thinks building his own entity and his own brand will change the day. The “Country Before Self”. Even if he himself was himself before party. It’s a reason the whole operation is hallow just by that alone.

Mugisha Muntu might speak game, but if he really believed in this, why isn’t ANT everywhere and that his delegations on rotation to every single district of the Republic? Why are they not speaking loudly?

Why isn’t Muntu on Frontline or NTV Uganda more often? Showing his face and speaking his message of change through his operation and his party? Seemingly, he should be in people’s faces and on the radio. However, his a ghost and the machinery he has is like it too.

That is why its a grand illusion, that his ANTs will do it. It might be a clever to make Muntu relevant and has a new day job. But, for now he will not be the microphone that catch the attention nor spark fury for change. His more of the weak tea moderate, who would wait to trade favours for a pot of gold. Peace.