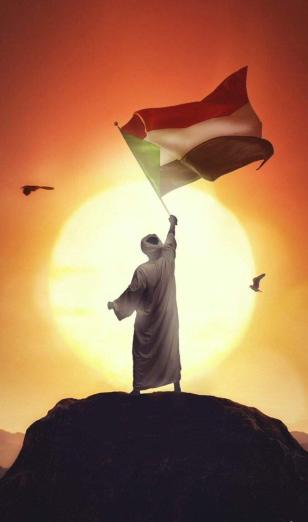 “The end may justify the means as long as there is something that justifies the end.” – Leon Trotsky

President Omar Al-Bashir might be behind bars and be charged for several offences. In the Sovereign Council, the Transitional Military Council (TMC) still have vital places in the technocratic government with militarised leadership in it. Its not like wholly elected entity of civilian government. There are still bits and pieces of the henchmen, which the National Congress Party (NCP) and the armed organizations it had.

The TMC and Sovereign Council have reorganized the National Intelligence and Security Security (NISS) to the General Intelligence Service (GIS). It was in this organization the mutiny came from this week. This was from an organization, which was loyal to the President and his mandate. That is why the Sovereign Council have also put a warrant on Salah Gosh. Now, the Lt Gen Abubakir Dambalab has resigned and there is a new chief in town.

However, this proves that even if you get rid of the head. Their systems and their trained personnel are still there. The GIS or former NISS, who has not only a reputation for torture, monitoring citizens and handle the public with vicious intent. The GIS might start doing the same for the Sovereign Council too. They were trained to do so.

The mutiny or the failed revolt shows something is wrong and vacuum not filled by the Sovereign Council. The technocrats and the military men in power knows this. They have not reformed in such a manner, where the skeletons and the ones whose possibly causing trouble might return. Even if the head of the old regime is gone. Many of his players are still around.

The Sovereign Council knows this, but they are careful. Doing so by small measures like in South Kordofan, but there are troubles in Darfur still. There are acts are shown. The mutiny is a signal, that the ones fallen by the revolution wants to return.

That is why things like these erupt and unless, they act upon the former heads and the ones loyal to Al-Bashir. There will happen more like this. The system was rigged for him. Al-Bashir had the whole system pumping for him. Some of the ones in Sovereign Council lived for that too. Until the revolution happened they wouldn’t have accepted the fall of Al-Bashir.

Therefore, this is not yet the end. This is a sign of maybe more to come. Unless, the Sovereign Council acts upon their mandate and dully find their ways. It will not be easy, but they are some of the former henchmen of Al-Bashir.

Nevertheless, we still have to hope for change. But, I don’t expect the guns of the former to be totally silenced. Unless, they are squashed or arrested. Than, again the Council has to work against themselves too. That is if they believe to truly reform. If not they are just stalling for time, hoping the public forget the causes for the revolution in the first place. Peace.