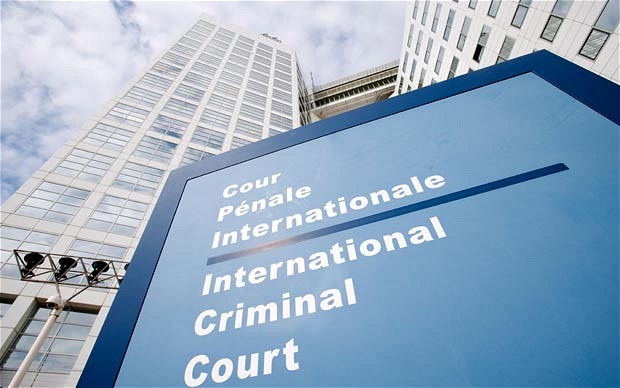 The Internal Investigation of the botched International Criminal Court (ICC) case of the ‘Kenyatta Case – The Prosecutor v. Uhuru Muigai Kenyatta – FORMERLY – The Prosecutor v. Francis Kirimi Muthaura, Uhuru Muigai Kenyatta and Mohammed Hussein Ali, ICC-01/09-02/11’, which the investigation started in Kenya in October 2010 and failure to produce anything binding or to justify the charges against them. So the charges was dropped by 2013 and 2014. While the whole case was terminated by March 2015.

Now the ICC has suddenly dropped an statement into their internal investigation into why it ended like this. Even if they have the warning, of if any of the judges get new evidence on the case. They might re-open it. However, what this states is very serious and the acts done to interfere in the investigation. Says also a lot, also about the shortfall of the jurisdiction and help from the government of Kenya. Which isn’t weird, as the state was investigating the President and allies of him. They don’t want any issues with an foreign court. That is all natural in the scheme of things.

“The prosecutorial process in the Kenya cases, the experts found, was hampered by deadlines set by the first Prosecutor that were based on considerations other than what they considered to be sound prosecutorial practice. In their view, the effectiveness of the investigations and prosecutions was significantly undermined by a “decision over assessment” tactic respecting cases and a target-based – as opposed to evidence-based – approach to investigation and charging. This, coupled with other problems, meant that the prosecutions were burdened with weak cases, relying on one or only a small number of insider witnesses – whose evidence could not be independently verified by the OTP – to establish essential elements of the case” (ICC, 26.11.2019).

“The key point concerning the Government of Kenya was the OTP’s delay in seeking the assistance of the Trial Chamber to compel cooperation, resulting in part from the contradictory approaches advocated by JCCD and PD (that is, continue to try to persuade the authorities to cooperate versus applying to the Trial Chamber for a finding of non-cooperation against the Government, respectively). This lesson has been taken on board. The OTP also has a range of strategies to secure cooperation from States Parties and situation countries, and these are still evolving” (ICC, 26.11.2019).

“The investigations were further undermined by the decision to delay in-country investigations, which did not take place until after the CoC hearings. Unfortunately, after those hearings, investigating in Kenya became much more difficult: support for the ICC among Kenyans had been eroded by a concerted campaign of negative propaganda; OTP personnel were followed, putting them and anyone they contacted at risk; the witness interference orchestrated by the suspects/accused became even more pervasive; and the Government of Kenya (GoK) became even less willing to co-operate, if not actively interfering with OTP operations and witness security” (ICC, 26.11.2019).

“As noted above, the GoK did not support the OTP investigative activities, instead it either allowed interference with witnesses inside and outside of Kenya and with OTP activities in Kenya, including surveillance of OTP investigators, and/or may have been directly involved in such interference. It refused Requests for Assistance (RFAs) thereby hampering the OTP’s ability to access potential evidence, or imposed such conditions or access as to, in reality, make that access so cumbersome as to be unworkable” (ICC, 26.11.2019).

We can see the ICC started this out on the wrong premise and lost because of it. They couldn’t present well enough evidence, either because of the deadlines. Nor the way the small pockets of witnesses was silenced. This was done, as the ICC haven’t secured them or ensured their safety. This was a mismanaged approach by the ICC and the ones seeking justice on this case. The Kenyatta case was finally dropped, because the ICC and their partners hadn’t done their job, neitehr had the Government of Kenya done its either. Therefore, this one got stalled and the charges got dropped.

Like the charges against William Ruto, Joshua Arap Sang and Uhuru Kenyatta. This was done because out of the 10 witnesses supposed to be put forward, only 5 showed up. That means the prosecution and the material they could assess wasn’t substantial enough nor digging deep enough. The ICC didn’t do their work and the Kenyans was doing internal actions to ensure the ICC didn’t get a case to begin with. They silenced the witnesses and intimidated the ones who could have come forward to the ICC.

This should be a lesson for the ICC. That to quick deadlines, not enough work with the coordinated leadership of where they charging people and get the proper jurisdiction might be more important. As they couldn’t do their job, as the Kenyans was putting hampers in their way. Next time find out ways to secure the witnesses and the affidavits to collect evidence before they are afraid of testifying. Peace.