Opinion: RDCs getting cars isn’t governing, but a cheap trick! 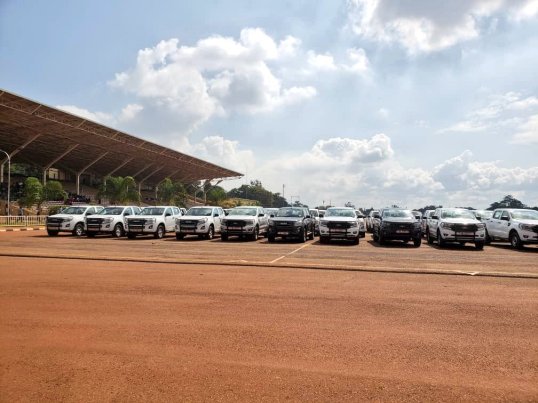 “The Minister for Presidency, Esther Mbayo has given out 65 cars to Resident District Commissioners (RDCs) from different regions to improve on service delivery. The RDCs who received the cars on Thursday constitute 50% of the total number of Resident District Commissioners currently deployed in the country” (Muhamad Matovu – ‘Minister Mbayo Gives 65 Cars To RDCs From Different Regions’ 22.11.2019).

There are 135 districts, which is operative in the Republic. This is November 2019. There will come more districts in 2020 and so-on. As the Republic is made into smaller and smaller units as political favours and for personal gains of the political elite. That is well-known, as well as a measure done to establish good grounds of new constituencies with no voting history ahead of any given election.

With this in mind, there is an up-coming election in 2021. It is not the first time the National Resistance Movement (NRM) run government have given cars to its officials. They are not only giving that to the MPs and the cabinet, but also anyone in association with the State House. Therefore, the State House and the Parliament should have a car-lot and a car-dealership, if they were supposed to run it smoothly and cheaper.

Because, back in 2015, the state bought 111 cars for District Chairpersons. Therefore, this sort of enterprise happens on near-regular basis. Just as the state bought cars for the CPC in Parliament in this calendar year. So, this is a business the state knows and deals with a lot.

The special thing about this, is that service deliver is important with a car. Not with a mandate or actual factual work that the RDCs do. The Residential District Commanders, the ones overseeing and oversight of the government works in the districts. This is 65 cars and in total, that is 50% of the appointed RDCs. This means there is 130 districts who has RDCs by what the Mbayo states. That means the state lacks funds, manpower and appointed leadership for 5 districts alone. Which is a rare move.

The President has the opportunity to give broader mandate, to give funds and opportunities to the RDCs to actually do more. But thinking a car would make a big difference is naive. As they have the same mandate, the same lacking structure and weak local government. Just today, the President and the state gives state officials cars, instead of building viable institutions.

The state is acting like a car dealership, not a governing institution nor following up on obligations in the districts. This is a cheap ploy for poor districts, for lacking funds and for not investing in all the created micro local-government units, which is now 135 districts and so-on. Where the RDCs and others has supervision and mandates to work. Therefore, there should be more than cars and more than a quick fix, which this is and nothing else.

To buy 65 cars will not fix the districts, it will only give for a short amount of time, mobility for some few persons in association with the RDCs. It doesn’t make the roads being built, schools being furnished nor town halls run properly. That is done over budgets, policies and actual governing being done.

To govern is an art and giving away cars isn’t building a nation, it is only cheap fix. You don’t give an alcoholic an beer, you take them to rehab and stops the availability to beer. Instead, here the state gives another beer and hope that it doesn’t catch on. Sooner or later, these cars will have a breakdown. As the cars are hit by driving miles upon miles every year.

Therefore, this isn’t it. Other than a rundown, over used idea, which isn’t scratching the surface. Peace.