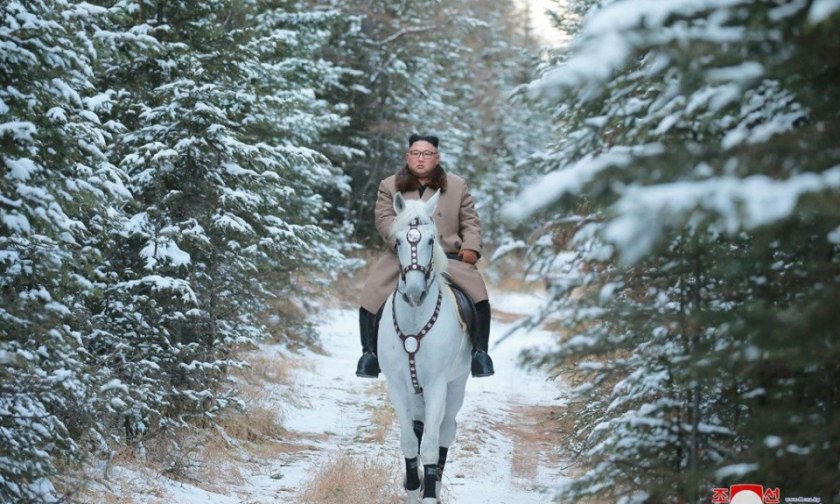 This is not the first time the Democratic People’s Republic of Korea or the North Korea fires some salvoes the way of the United States of America Administration. Especially the Trump Administration and their diplomats.

Just last year, the DPRK said this about the US: “The U.S. is fatally mistaken if it went to the extent of regarding that the DPRK would be compelled to accept, out of its patience, the demands reflecting its gangster-like mindset. A shorter way to denuclearization on the Korean peninsula is to remove deep-rooted mistrust and build up trust between the DPRK and the U.S” (KCNA: Foreign Ministry Spokesman on DPRK-U.S. High-level Talks, 07.07.2018).

So the North Koreans are tired of the gangsters in Washington DC. It is again another salvo from Pyongyang, This is not new, but this shows that the diplomatic relations are strained. What is happening is not reassuring. As the meetings, the supposed grand-deal or anything else haven’t changed anything. Only paid Kim Jong-Un for a few international trips and hotel service on the outside of North Korea.

“The DPRK-U.S. relations that could have been derailed and fallen apart several times due to such hostile acts and wrong habitual practices on the part of the U.S. are still maintained. It goes to the credit of the close personal relations between Chairman of the State Affairs Commission Kim Jong Un and President Trump. But there is a limit to everything. The close personal relations can never be kept aloof from the public mindset and they are never a guarantee for preventing the DPRK-U.S. relations from getting aggravated or for making up for. The U.S. trumpets the crucial measures taken by the DPRK for confidence-building as its own “diplomatic gains” but no substantial progress has been made in the DPRK-U.S. relations and belligerent relations still persists that there can be the exchange of fire any moment. The U.S. is seriously mistaken if it is of the idea of passing off in peace the end of this year, by exploiting the close personal relations between its president and the Chairman of the State Affairs Commission of the DPRK for the delaying tactics” (Kim Yong Chol – ‘Korea Asia-Pacific Peace Committee, (KAPPC) made public a statement on Oct. 27’, 27.10.2019).

If the Trump Administration want to be serious. There need to be more love-letters and maybe not the tough-guy letter to Erdogan. That is a bad look and not showing class. Neither the tact between two parties. There is time for Washington to get in the ones whose not gangsters and whose diplomats to actually act diplomatic. That is if they are serious about making the Korean Peninsula a peaceful and non-nuclear.

However, the non-action and the threats are not the thing to sustain this one. The fragile relationship seems like it needs some reassuring messages. Needs some love and care, just like flowers needs water and sun to stay alive. This is why the Trump Administration needs to do something. That is if they they care about their allies in South Korea and Japan. Since, they all need a peaceful DPRK. They don’t need missiles hitting vessels in South Korea or closer to Japan. That is not helping anyone.

Except getting the DPRK again in the headlines, just like missile testing and showing the brilliance of the industrial actions of the weapons program. Instead of finding a middle ground and some sort of arrangement that the DPRK and the US combined seems to win with. That is not happening right now. Just more hawkish activity or non-action. Both not making anything positive.

This got to change. That is if the US administration or the DPRK want this to work. Peace.