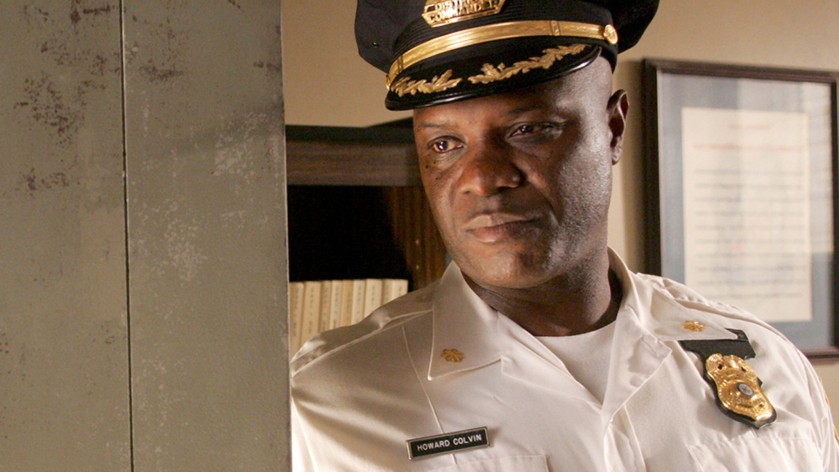 “Okay The point I’m making is this: Soldiering and policing, they ain’t the same thing. And before we went and took the wrong turn and start up with these war games, the cop walked a beat, and he learned that post. And if there were things that happened on that post, where there be a rape, a robbery, or a shooting, he had people out there helping him, feeding him information. But every time I came to you, my DEU sergeant, for information, to find out what’s going on out on them streets… all that came back was some bullshit. You had your stats, your arrests, your seizures, but don’t none of that amount to shit when it comes to protecting the neighborhood, now do it? [sighs] You know, he worst thing about this, so-called drug war, to my mind…it just, it ruined this job” – Howard “Bunny” Colvin – The Wire Season 3:10 (2004).

What Deputy Inspector General of Police (DIGP) Sabiiti Muzeyi wrote and spelled out to the media in this weeks “Enhanced Security Plan to Curb Violent Crimes”. It was basically spelling out what policing is all about. Not strange it is like this, when the army is more involved, the leadership is patriotic, loyal cadres of the army and leaders from with the Police Force itself.

That is why these fellows could have been re-watching The Wire or any other Police TV-Series, which has been known for a while. Even Pacific Blue, Luther, NYPD Blue, Colombo and all the editions of Law & Order. All of these could say about the same thing.

What the DIGP did launch was more surveillance and investigation capacities, fingerprinting firearms, improving forensics department and more visible police officers in the traffic. This is all steps of ordinary policing. That is not re-inventing an art-form. Alas, this is not changing the ways of doing work.

That is why what they are wanting to do. Is to directly wire-tap gangs, follow-up on CCTV Cameras and investigations itself. So, that they can follow-up on suspects and find proper evidence to link possible criminals. This should be their works, follow leads and breadcrumbs, even have proper detectives, that detect things and solves cases. That shouldn’t so hard, but you cannot anticipate soldiers and the army men to get this. They are securing a territory, they are in the line-of-fire, they are not getting affidavits, finding the motives and the evidence. The Army will use force to keep safety, they will guard a perimeter and secure a venue. They will not find a person with a guilty conscience and ID a suspect with fingerprints and so-on. This they could have learned from watching TV.

Therefore, this sort of enhanced plan to crack down on gangs isn’t that substantial. It shows more the lack of finesse, the lack of protocol and the lack of work ethic within the force. They are just soldiers on the beat and not doing policing. That is why they are not able to stop the gangs from existing. This is how it seems.

This report and PR hasn’t shown strength or ability to restructure. Instead, it has shown weakness and that they have been focused on other work. The Police is known for monitoring opposition leaders, their gatherings and such, but not handling actual criminals. This is maybe why it has to learn basic policing. Which is a sad sight.

Maybe, the UPF should hold seminars, hold course and even have bonus evenings in the police stations with talking points and questions after watching the Wire or anyone else. To see, if there are anything they could learn to do their actual job. Peace.