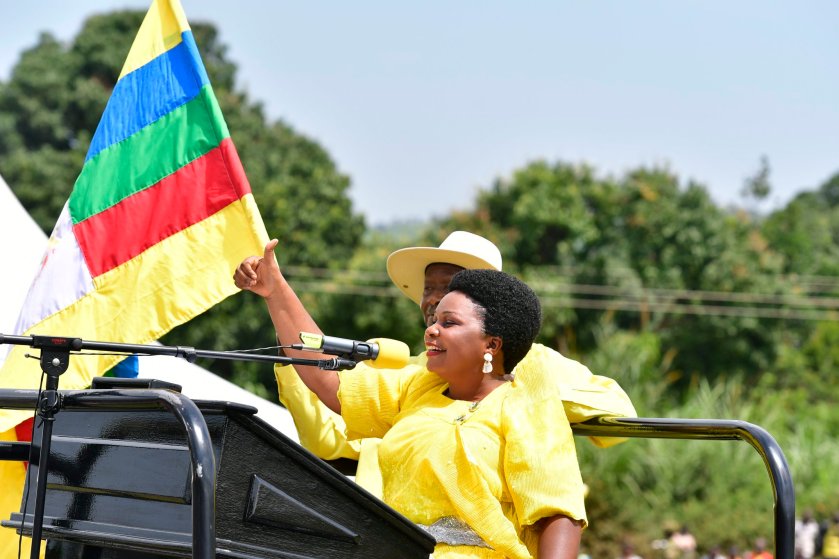 We have had two more By-Elections in the Republic. This being in Hoima and in Kaabong, as the new Woman MPs was elected and the Declaration Form was delivered to the public today. After the darkness arrived and the uncertainty of what the real outcome would be. Since, the National Resistance Movement and the President had invested heavy into the both elections. Sent the army, bribing voters, pre-ticketing ballots and whatever else of techniques to “win”.

Surely, the number and the statistics will be weird and inconsistent, just like the amount of invalid votes and the spoiled number combined with total amount of voters. Also in combination of the voter turnout in 2016 versus in 2019. That also shows something is up. The numbers seems strange and also the ways the state did operate in the by-elections. We have the right to question it.

The way the NRM and its spokespersons did proclaim the victory. The way the Electoral Commission debunked released numbers from polling stations, as the waiting game for the real numbers happen through the night. As in the morning the Declaration Form was released and the victory was verified.

As in the glory of this false victory… the forged and rigged election, the President has to act righteous and as a big-man. That is why he was writing this:

“The people of Hoima, mwebale muno, thank you for voting the National Resistance Movement, and my daughter Harriet Mugenyi. You have chosen to consolidate the NRM achievements, by voting a pro-development MP. Our people of Kaabong, Alakara nooi, you have shown that even with the lies from the Opposition, you know where the light is. I congratulate My daughter Tubo Christine Nakwang for winning the woman MP by-election. I also congratulate the NRM structures in the two districts for doing a good job and delivering these victories. The NRM is stronger than ever and its vision is correct” (Yoweri Kaguta Museveni, 27.09.2019).

I wonder when the NRM says it was does, if delivering victories by blocking, arresting, voter bribing and direct rigging of the counting the ballots. Then its not really a victory. It is a big-game and misuse of power, which isn’t new, but this administration should have known better. Because, this one exists because of previous administration; which was supposed to have rigged the election in 1980. If there is one post-1980 should do, is to avoid the same sins, but instead it revamps it at every junction.

In the same instance, if the government was honest and having a level playing-field. The People Power Movement coordinators would be arrested, they wouldn’t detained and harmed by security agents, either soldiers, Special Forces Command (SFC) and police officers. If the NRM believed in their vision and their party achievements. It wouldn’t need to arrest so many people, block opposition people from campaigning on the radio and so-on. However, this is what it does.

Not strange that they would edit the results and “secure” the victory. Like they really won. The NRM can’t win in a fair game. It cannot, its hard to believe, because By-Elections becomes like War-Zones and your affiliation deems you fit or unfit to be close to the polls. Even if the person is already registered or confirmed decent by the rules of the Electoral Commission. Still, the authorities are picking up and pursuing opposition coordinators and so-on.

This is why, with the questionable numbers, the ill-actions of the state and the proclaimed victory on TV hours before the EC released the official numbers. We can surely say, this was written in the stars and just like the past elections was done too.

The President who went to the Bush for justice, is now promoting injustice and rigged elections. Which is weird, but power corrupts and that is shown by this mere polls alone. Peace.