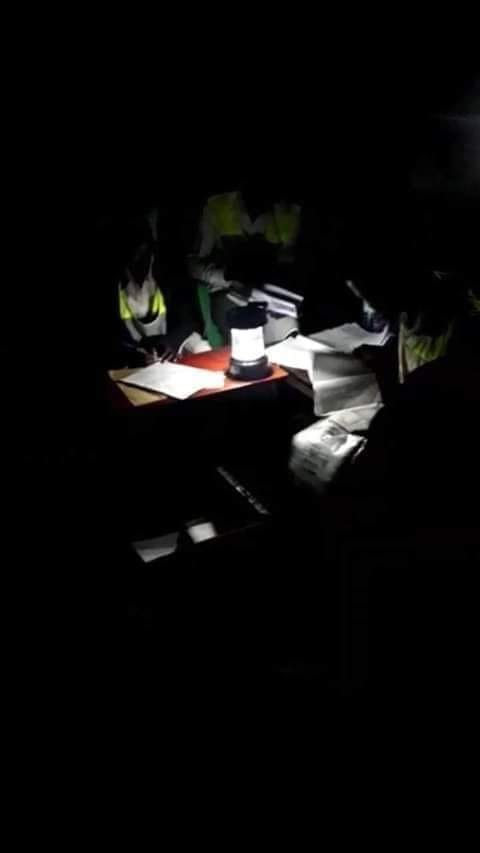 Just as the reports of a shift of results going from the joint opposition candidate running on Forum for Democratic Change (FDC) versus National Resistance Movement (NRM) for Woman MP in Hoima District.

However, as the counting is going-on in darkness and the uncertainty follows. Nyakato Asinansi (FDC) was looking well earlier in the day. However now hours later, the NRM Businge Harriet. There is report of children been voting at the polls, pre-ticked ballots and several of opposition activists and coordinators arrested today. The biggest one today was FDC Deputy Secretary Harold Kaija.

We cannot know the result before the declaration form from the Electoral Commission, but how we can verify that, as the EC and the officials are doing it in darkness. They are doing it, as the opposition are behind bars. There even been speculations of the arrest of Woman MP candidate for the FDC. There is no verification of Nyakato being arrested, but there others.

We know the state has used their resources on this and doesn’t want to loose. As they have spent the Special Force Command, the Military Police and the Police Force in favour of the NRM. The same with the DPC and RDC working in favour of the state. The same usage of government officials cars to spend money on voters and buying voters.

It is like all the tricks are out. They are only missing the Kiggundu math. We can anticipate by tomorrow morning and altered result in favour of the NRM will happen. The stakes been so high and the reason why the opposition cannot follow-up on it, because their high ranking officials are arrested. This is something that never happens to the NRM, because they are the state who arrests the opposition. Did you see, that yes you did.

This is not a free and fair election. Not that its been from the get-go. There been tear-gas, been blocking opposition on the radio channels and journalists arrested for monitoring the elections. It is a merciful thing, that the CCEDU have been allowed to monitor it this time.

When, the counting is continuing like this, it is hard to trust it. As well, as the state are not giving way to the opposition. They cannot make a fair fight, not in the polls and not during campaigns. Especially not behind bars. If the NRM believed they would win this fairly, they wouldn’t have done this. But, alas they got to be deceiving…and rigging like their is no tomorrow. Museveni of 1980 must be so proud of himself.

The is the prequel to the shady 2021 election. Which is coming and with a bang. Peace.