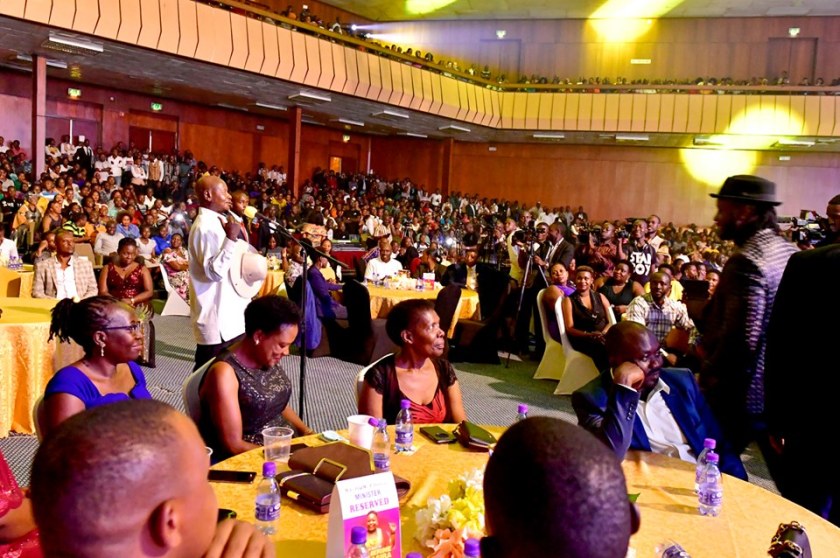 “This is good for entertainment and business, but should never be to the detriment of strides made in bringing our country out being a failed state. For example, I disagree with one of the singers who was saying “Bizeemu”, as if to say that this NRM government is committing crimes against its people! I advise the artists to use their talents in ways that do not sow divisions based on lies. The government of Uganda is working against all the threats and crimes against Uganda and her people“ (Yoweri Kaguta Museveni, 21.09.2019).

Isn’t it weird that all the time and nearly everywhere, the President, the Head of State, the Commander-in-Chief, the Fountain of Honour, His Excellency Yoweri Kaguta Museveni. The old man and his place as the King at any function. He has to lecture and often warn them.

I have a feeling he has during his career now, his warned every single profession he has passed by. If it is teachers, nurses, doctors, soldiers, refugees, unemployed or whatnot. Everyone get packed together, farmers and foreign investors too. They are all warned, not to go into sectarianism and become threats to the Republic. Because, nobody wants to become that.

What he means, that you shouldn’t challenge him nor his NRM. His National Resistance Movement (NRM) is the only right way, the rest is the enemies and the ones committing crimes against the state aka him. Museveni see himself as the state and with that in mind. If you question the administration, the NRM and the State House. Your going against him.

That is why his warning everyone at every possible place. It is a reason why writing “Museveni Warns” on google and you get 1,200,000 search results. Many is the same story in repeat, but it shows a pattern. He warns MPs, warns Beneficiaries and so on.

He does that because he knows best and has the answers. No one else does and that why everyone has to blindly follow him. Nobody else has the skill set to think or make a difference without the touch of Midas aka Mzee.

That is just the way it is. Yesterday it was the musicians. Next time its the Mwenda’s or the Mao’s. Who knows, but Mzee always has to lecture someone. That is what he does and what he do. He thinks this is smart, its not.

We have been here before and its not funny. Just more mere proof of how the President thinks his brilliant and has to warn about the correct path. That is just the way it is in 2019 I suppose. Peace.

6 thoughts on “Opinion: Mzee warns everyone, maybe he should warn them about himself?”