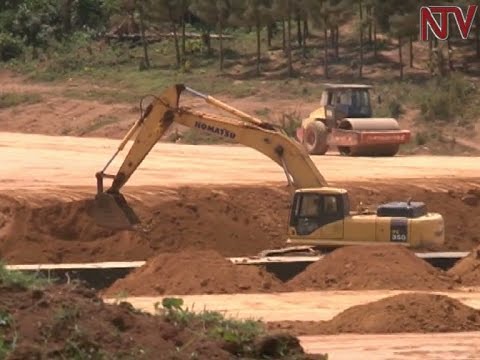 In the newest report of Oil Roads, which is expected to borrow funds for. The China Exim Bank is supposed to be provider of 85 % of the cost of the operation and building of the roads in these projects. I will only look into one of them, as I have previously looked at this significant one.

This is the Hoima-Butiaba-Wasenko Road. A project that was supposed to start in 2015 and was clocking in funds from the state budgets in 2017. Back in 2015, the road was estimated to cost $126m USD. Today, with the recent report, the same road is costing $179,538m USD. That is jump of nearly $50m in a five years time. In addition, of these bloated funds, 85 % of it will be loaned from China and the rest 15% covered by the Government of Uganda (GoU).

In 2017, this project was designated the China Communications Construction Company (CCCC), which signed a deal in January 2016. However, by the time of the report 2019, it is another Chinese Company who has the contract. This is Chongqing International Construction Corporation (CRC) Ltd. With the recent contract, the loans are clearly getting direct back to the Chinese, as their corporations are the ones with the contracts to build. A clever way of borrowing and then getting returns.

With this mind, we can see the changes, see over the years how the price has changed. If Members of Parliament was afraid of the price per kilometre in the past. They should be now. As the changes of price on the same project has changed significantly. There is no doubt, that the Chinese government are getting added loans on each of the packages in this deal. As this is just one of the roads in question.

This is 111km is now costing 659,921,964,460.17UGX in Ugandan terms or 659bn shillings and that equals to about 5,9bn shillings. Therefore, the prices has sky-rocketed and the price per kilometre is abnormal and extremely costly. The overpriced asphalt and the consultation is in absurd levels. The previosly estimated price for this road was about 444bn shillings. Therefore, we can see rising price between the years in both currencies. About 200bn shillings growth in 5 years.

To many cooks and too few ingredients. They are boiling soup on nails on this one. Wonder how this will end. As I felt in 2017, that the pricing of this particular road was a bit too much, but now they have just escalated it.

We can wonder whose eating, but someone is. We just don’t know who, because there been designated funds to build this one in the past and it has still not commenced. Surely, this road will be built, but at what point. However, with the added loans, the pressure should be on. Also, to secure the oil so it makes financial sense too. That the added value is there. It got to be. Because this project is over the top. This is the real OTT service, paid for by the Chinese and the tab is all taken by the Ugandans. Peace.