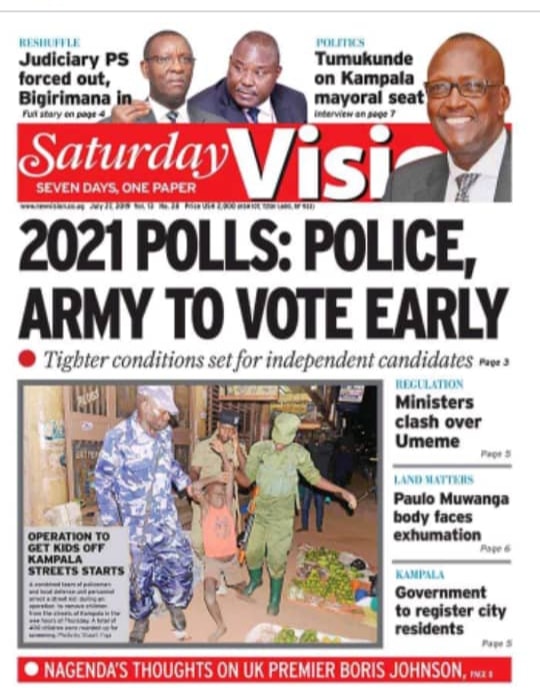 So, just one day after we officially declared our intentions to challenge President Museveni in 2021, he tabled amendments to election laws before Parliament. Even a baby can see that most of the proposed amendments are a desperate attempt by his panicky regime to counter the #PeoplePower wave.

First they ignored us. Then they dismissed us as mere hooligans. Then they lied against us and framed us with all sorts of cases. Then they unleashed terror on us. But to their disappointment, no matter what they have done, we have only grown stronger- by the help of the almighty God.

Gripped by fear of what awaits them come 2021, they are now bringing laws to stop us from uniting with other forces of change, raising campaign funds, and reaching out to the people! They are even shamelessly banning people from going with cameras and phones to polling stations to capture the evidence of rigging. Knowing that majority of the soldiers and police officers support us, they want them to vote five days before everyone else so that they can intimidate them properly as opposed to when they cast ballots in the same ballot boxes with other citizens. BANO BAATIDDE NNYO!

Can we all see how much ofp a coward Museveni is?? As I have told the nation time and again, the day the dictator realises that our eyes have been opened, he will be cornered with no where to turn to! These are clear signs.

Let me repeat this message which I have been sending to President Museveni- if he thinks he is popular as he claims to be, I CHALLENGE HIM TO A FREE AND FAIR ELECTION!