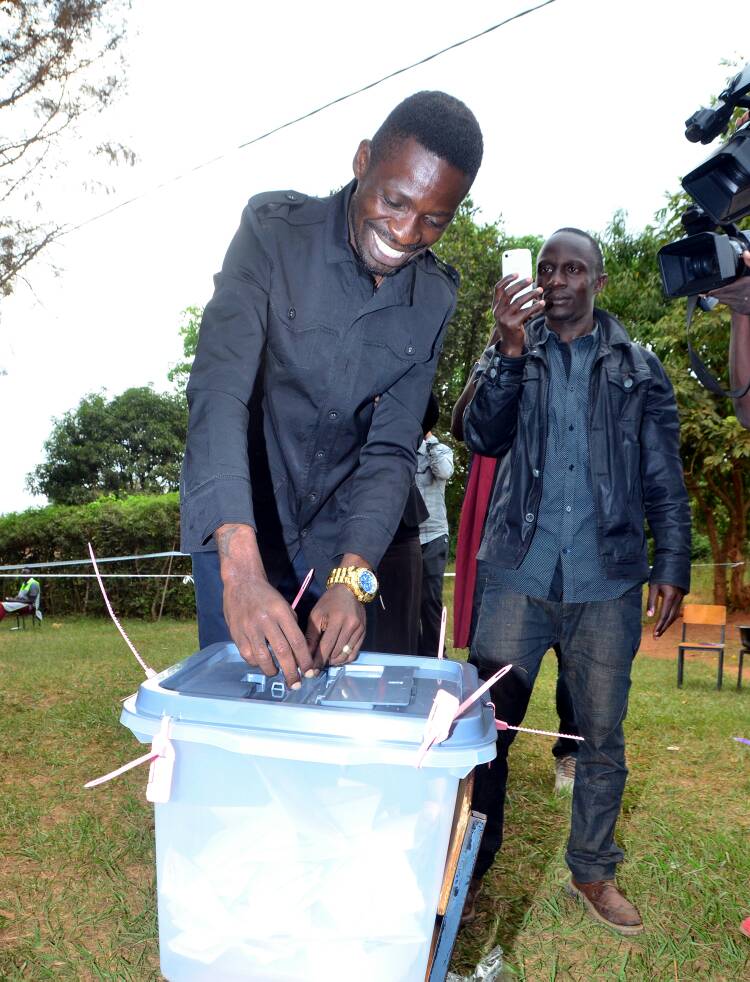 There is no doubt in my mind, when I read the latest pieces of leaks on the tabled bills from the Attorney General William Byaruhanga. That his only intent is to stifle the opportunity to reveal electoral rigging and stop the independents like Robert Kyagulanyi aka Bobi Wine.

Why do I say that?

Well, his brilliant idea of banning all cameras and phones from the polling station for one. This is really an direct effort to stop leaks of videos of pre-ticked ballots and ballot-stuffing of ballot-boxes. To think otherwise is naive, if not the re-writing, Tipp-Ex editing of Return Forms would also be easier if no-one took a direct photocopy of the paperwork before releasing it to the Electoral Commission or getting it processed. This is just simple Math and easy to understand.

Another brilliant idea from the AG Byaruhanga is how his restricting Independent candidates of both MPs and Presidential Candidates.

If you read into it. The Independent cannot turn independent before a year in advance and drop-out of own party to still be fielded as candidate at the General Election, as many did in 2016. However, this also stops many of President own men, if this is getting through. That one is not direct at Bobi Wine.

However, the connection with Political Parties and Independent President Candidate forming alliance with Political Parties. Is what happen yesterday with the People Power Movement. Just like the Pressure Group of The Democratic Alliance went in alliance and had an Independent President Candidate Amama Mbabazi. So, that was fine in 2016, when Museveni wasn’t afraid of his former ally, but today and now in 2019. The National Resistance Movement is frighten, pissing in their pants and ready to Electoral Reform to make People Power Movement (PPM) illegal by definition.

Also another suggestion in the bills, is that Political Parties are not allowed to any links with Pressure Groups and is even barred from doing so. Meaning that the Forum for Democratic Change and Democratic Party cannot be connected to the PPM by any means or through any deal. As the Electoral Law is banning that, as well, as the FDC cannot support or be joining the Independent Presidential Candidate of Bobi Wine. Just like the DP could support TDA/Go-Forward Independent Presidential Candidate Mbabazi in 2016.

You really see the deal, that the NRM and AG Byaruhanga is doing these days. His really working to undermine the Electoral Reforms to hit the PPM. This is not done to ensure the needed reforms. Because none of these are what the Election Observation Missions stated after the elections of 2016.

This is all targeted at Bobi Wine as an Independent Presidential Candidate and the alliances with various of Political Parties, as he has MPs whose aligned there. But funny how this is happening in 2019 and not in 2015. Maybe, the President and NRM didn’t fear Amama, but they are afraid of Bobi? Peace.