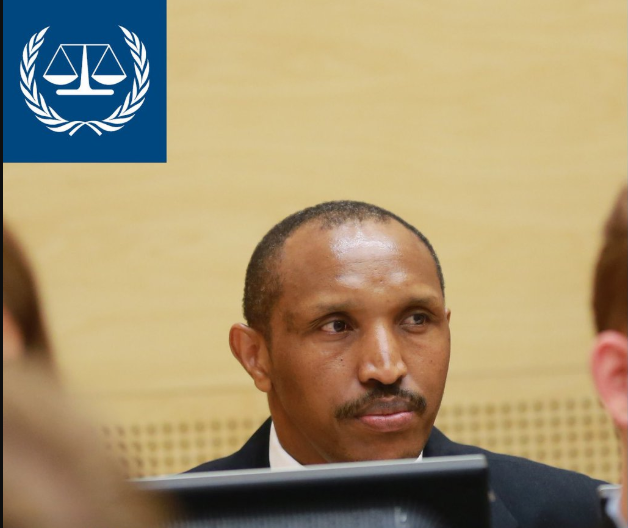 Today, the International Criminal Court sentenced warlord Bosco Ntaganda of 18 counts on crimes against humanity. This is a victory for the victims of his crimes and the things he did while being a general of militias within the Democratic Republic of Congo for years. However, even with him in the Hague, the sins his committed are still being done by someone else.

That is why the downfall of Bosco aka the Terminator haven’t had much affect. It isn’t like this has stopped militias from robbing, stealing, controlling, child-soldering and raping civilians in the Democratic Republic of Congo. Because, the same ones that supported Bosco is still lingering around and have new henchmen to do their bidding. The same minerals are taken through the same routes to the same sort of illicit trade and securing that another warlord their cut. The only thing that changed was that Bosco went to Europe and had to testify in Court.

Just a friendly reminder of who he is: “Bosco Ntaganda was born in 1973 in Kinigi, which is a small village located in the Virunga mountains in Rwanda. Shortly after, his family moved to Ngugu in Masisi in North Kivu. In 1990, at the age of 17, Bosco Ntaganda joined the Rwandan Patriotic Front (RPF), a rebellion whose military wing was led by the current President of Rwanda, Paul Kagame. Bosco Ntaganda will then successively be used in the Rwandan army (1990-1995), AFDL (1996), RCD (1999), UPC (2003), CNDP (2003), the Congolese army (2004) and finally M23 (2012). He knows too much about Kagame’s organized crimes in the African Great Lakes region. Peace and security in this sub-region require first an end to impunity” (FDU-Inkingi – ‘The transfer of warlord Bosco Ntaganda to the International Criminal Court and the deployment of the special intervention brigade in Eastern DRC are two most priorities’ 22.03.2013).

So, its not like Bosco don’t have handlers behind him or had a support system for his tricks and trade. No, Bosco had a powerful ally, someone whose been meddling in the DRC for years. Someone who has sent his troops and earned fortunes on the minerals in the DRC, Mr. President Paul Kagame of Rwanda. Therefore, it is not like nobody was giving him weapons and letting him get rich of the spoils. It was the man who trained him and gave him the military education for later using him as a militia man in the DRC.

Just to put in more in perspective, Mondiaal nieuws reported: “But Ntaganda is of use to Kabila as well. Berwouts: ‘With the CNDP, Kabila won the support of the only power that could somewhat stabilize East Congo and moreover serves his electoral interests. In the run-up to the election, only Kabila was able to campaign in CNDP areas.’ What was not part of the agreement, is that the CNDP remained a state within a state, establishing a proper administration in Masisi and considered a threat rather than bringing security by large portions of the population. So Ntaganda is taking care of both Kagame’s and Kabila’s interests. That explains how he became a general of the Congolese army in 2009, in spite of the International Court of Justice issuing an arrest warrant against him three years earlier for crimes against humanity, mainly because of child soldier recruitment” (Stefano Valentino, John Vandaele & Anneke Verbraeken – ‘The killer king of North Kivu’ March 2012).

This shows the world how connected the Warlord and General was in his time. It wasn’t like he was in a vacuum doing his deeds. No, he was connected to Kagame and Kabila, they both endured and earned fortunes on his services. They accepted his crimes and promoted him for what he did. Therefore, it is striking that none of them had to pay for his crimes, but only him. Like he is the only one who committed this and did these acts.

We should wonder why Kagame and what he offered in return for the surrendering of Ntanganda. Why the ICC didn’t get Laurent Nkunda and others, whose become forgotten or not worthy criminals for the Courts. Surely, there must have been something for Kagame and Kabila to offer the Terminator to let him go and let him answer for these crimes. Because, surely, they didn’t want it all uncovered, especially they didn’t want their secret shady agreements done in the Democratic Republic of Congo. This would all stain their political future and also their standing among their peers. That is something, Kabila and Kagame couldn’t have. Therefore, without certainty, the leaders must have offered Bosco something in return, as he did rat them out and is now eating the charges. Peace.