The UTL Saga: The Walking Dead run by Ghosts! 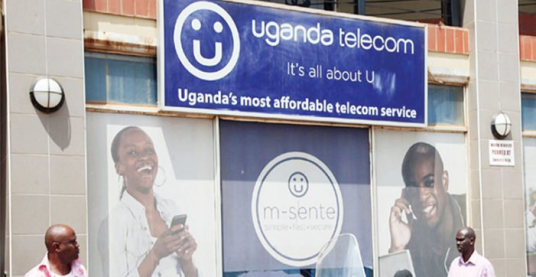 Ever since the Libyan ownership of Uganda Telecom Limited went away, the company has been in the hands of the government. The company have lacked funds and investments, therefore, lacking the structure to even compete with Airtel and MTN Uganda.

Still, with this the in mind, earlier in the year of 2019. The UTL was searching for new private ownership, but without any luck. This company has been overtaken by the state in early 2017 and has never recovered.

So, too top it off, yesterday, State Minister for Investment Evelyn Anite claims the state has lost control of the company and that ghosts ran the UTL from Mauritius. Non-Existing Ghosts from the Island Paradise, whom run the company and been in charge. This as the company have been for two years under the control of the state, but apparently only on paper and not in real life.

The UTL is already a shipwreck; the boat is sinking and doing so, steadily for years. Ever since 2016 and the fall of Libyan investments has silently killed the company. Even if the state wants to save MANGO. It surely isn’t doing it properly and someone is scheming behind the scenes. Because, the company is still operating and able to keep services to the public. Even if they are weaker and older functions, than what Airtel and MTN provides now.

That the state is in such a disarray, that the company it has tried to get investors into investing in. Has executives, which is non-existing, that the Auditor General is not allowed to investigate and the Courts has to decide if a probe is possible. That the Speaker Kadaga have asked for a Parliament study of it. Shows what sort of altitude of nonsense that is operating.

Therefore, we are now in 21 June 2018, a company been run by the state since about 1st March 2017 and was in limbo already in late 2016. Nevertheless, the state should have gotten things fixed and have had the time to adjust the company for re-sell, if it was working on that. Alas, that seems not like it, as it is just another buy-bust and quick fix scheme. That is why the Ministry of Finance, the Auditor General or others cannot asses the financial aspects or documents from the UTL. Because, the UTL want to hide their blessers and who they are blessing.

We could laugh and smile about it, but this is a wastage of state funds, of state resources and of due diligence by the state. A state, whose main bank also shown signs of lacking protocol, so this is in a long line of lax security and lacking incentive to do proper work. The state could have salvaged something in late 2016 or early 2017. When the Libyans pulled out and the state took over. However, the state wasn’t prepared nor having the funds to make a swift delivery of the company to new ownership. Therefore, they have hold on to a company, which they clearly cannot control or have access too. Still, they are forking up needed funds when it asks. Since it is now a State Owned Enterprise.

UTL saga is sign of disgraceful, distasteful and disregard for the state, by state actors and state operators, whose taking the state and the public for fools. Instead of solving a problem, getting proper investors or even trying to make a company viable again. It is pumping blood to a dying corpse. Hoping no one is catching an eye and seeing the walking dead. Peace.