Opinion: Do you want to drive Tax-Free on the Toll-Road? Dip through as part of the Presidential Convoy! 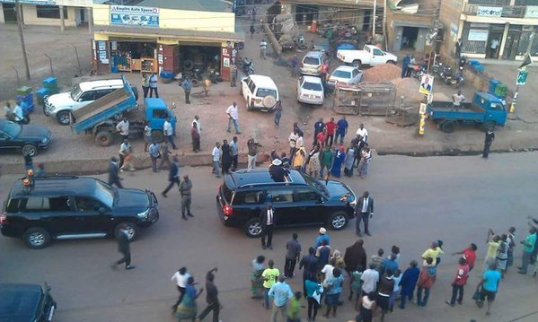 “The House has passed a clause in the Road Bill, 2018 that provides for paying of road tolls. The clause provides exemption to presidential convoy, emergency vehicles like ambulances, fire engines and military, police and other security vehicles on emergency duty” (Parliament of Uganda, 14.05.2019).

Well, if you find it expensive or outrages the new toll-roads built by the government. Where the public have to pay down debts as toll to pass. Then, you have one way to get rid of that problem; this is all thanks to the gentleman and nobles at the Parliament. Yesterday, they put a clause, an exemption for the Presidential Convoy. So that the convoy doesn’t need to pay to pass on these roads.

This is opening new possibilities. So, if your driving on the Entebbe Expressway. If you have the time. Just wait until the President and his people is riding pass. So, that you can join the convoy, because who knows whose part of it or not. Especially, if you have a tinted SUV or a White/Black Toyota Land Cruiser Prado. You are set for life on this place. You might never have to pay again. Because your naturally part of the Presidential Convoy. Its all magic baby.

That is the gift of the Republic, where his majesty, His Excellency, the Fountain of Honour is blessing his peasants and servants, as they should oblige and follow suit. This meaning, every time they pass by the Convoy. They should dip through traffic and pass into it. Because, no one really knows whose a part of it or not. Except for the snipers, the luggage-cars and whatnot the President needs at all time. Also, a few of his advisors, as he has over a 100 of them to pick off at any moment of time.

That is why, the new way of driving cheaper is to tax into the convoy and drive through the tolls, as that is the way of exemption. Be a leech and a smart pawn. A person who is ruthless and has the ability to blend into the long line of cars, which is all supported by several of police cars, mambas, Special Force Command and an unlucky cousin. So, in that mix, a fellow random gentleman should pass by too. In such a manner, that he also escapes the added tax on the toll roads. That is just fair game. Peace.