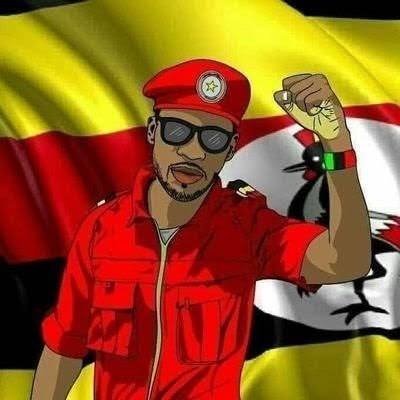 Today, we attended a court session at Buganda road court in a case involving Hon. Robert Kyagulanyi on one part and Uganda on the other, peculiar enough is the use of video conferencing. It has been applied for the first time in Uganda.

The state has been overwhelmed by protests against the injustice against H.E Bobi Wine to the extent that, they have done all but out of fear.

They feared delivering him physically to Buganda road court.

They judge expressed fear outrightly in her ruling.

They feared containing him any longer.

This is no freedom for Hon. Kyagulanyi at all, it cannot be for us either. There is no freedom unless we liberate ourselves from dictatorship.
It is absolutely our duty and role as Ugandans to determine how we should be governed, we must not be governed out of fear, it must be done out of love for humanity.

Many will critique our approach, but recollecting the words of Theodore Roosevelt, we soldier on. He says that, “It is not the critic who counts; not the man who points out how the strong man stumbles, or where the doer of deeds could have done them better. The credit belongs to the man who is actually in the arena, whose face is marred by dust and sweat and blood; who strives valiantly; who errs, who comes short again and again, because there is no effort without error and shortcoming; but who does actually strive to do the deeds; who knows great enthusiasms, the great devotions; who spends himself in a worthy cause; who at the best knows in the end the triumph of high achievement, and who at the worst, if he fails, at least fails while daring greatly, so that his place shall never be with those cold and timid souls who neither know victory nor defeat.”

Ugandans should join the arena and jettison the junta out of the presidency of this country.