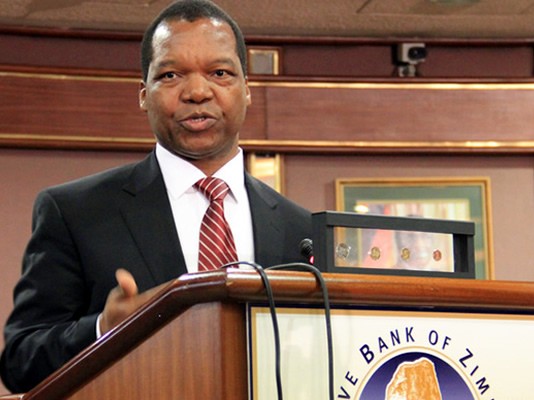 Today on the 20th February, the Governor John Mangudya of Zimbabwe Reserve Bank have launched a new currency in the Republic. This is the second time within the amount of three years, that the Zimbabwe African National Union – Patriotic Front (ZANU-PF) have launched a currency.

Because on the 26 November 2016, the same authorities launched the Bond-Notes. As that currency been struggling ever since. As the promise of 1:1 Forex Exchange between the Bond-Notes and US. Dollars. However, that haven’t been the issue, as the Bond-Notes been weaker than that. Significantly weaker, but the authorities have played around like it has the same value.

The RBZ have launched the RTGS Dollars, which are fully named Real-Time Gross Settlement Dollars. In all means of the name is real long name for a currency. Even the RTGS Dollars sounds like insignificant transaction. Because, the RTGS is like a crypto currency, a digital one, where the amount of RTGS Balances + Bond-Notes = RTGS Dollars.

Therefore, the RTGS is based on the liquidity of RTGS Balances, which means the Mobile Money Transactions plus the Bond-Notes. That is showing the lack of value in the currency before even starting.

What is showing the nightmare of the whole Bond-Notes of 2016 is relaunched today in 2018. It is just repacked and they hope this will maintain stability of the exchange rate. However, it is now the whole multi-currency system in a boiling pot and they hope it becomes a tasty stew, by blending in a new feature. Which seemingly is built on a transactions system, instead of a assets and liquidity built into a stable financial market. As the currency is supposed to be trusted and be a state instrument for transactions. Instead, here it is built on shaky grounds and just awaiting to sink.

The governor of the bank has in 2017 called the economy an albatross. Certainly with the RTGS Dollars, that is not changing. As the unfortunate ideas continues arising and they think these will solve the lack of foreign exchange and the lack of input into the system. However, they are not thinking straight and unlocking new scary scenarios. As they are now trying to shield the Bond-Notes, get them into the digital transactions of the RTGS Dollars, which would hopefully get more funds into the system. It might infuse more funds, as these are returning and become taxed by the RTGS taxes. That is surely securing the values and lack of trust in the Bond-Notes, which now will be transferred to the RTGS combined with the RTGS Dollars. That later can be changed again into the US Dollars. That shows the weakness of the whole system. Just like it was with the Bond-Notes alone.

The RTGS Dollars will be devastating as the launch of Bond-Notes. This is just another storm in a glass. Now, the state and republic can just await another hurdle. The RTGS Dollars will be as hectic or maybe even more than Bond-Notes. Even if people are familiar, the reality is that US Dollars have been the saving grace and even civil servants wanted their salaries paid in that.

Therefore, the current future is the new digital currency, the RTGS Dollars will be a rocky road. How it will be? Who knows? But the launch of Bond-Notes was a mess, this will surely be no different… Peace.