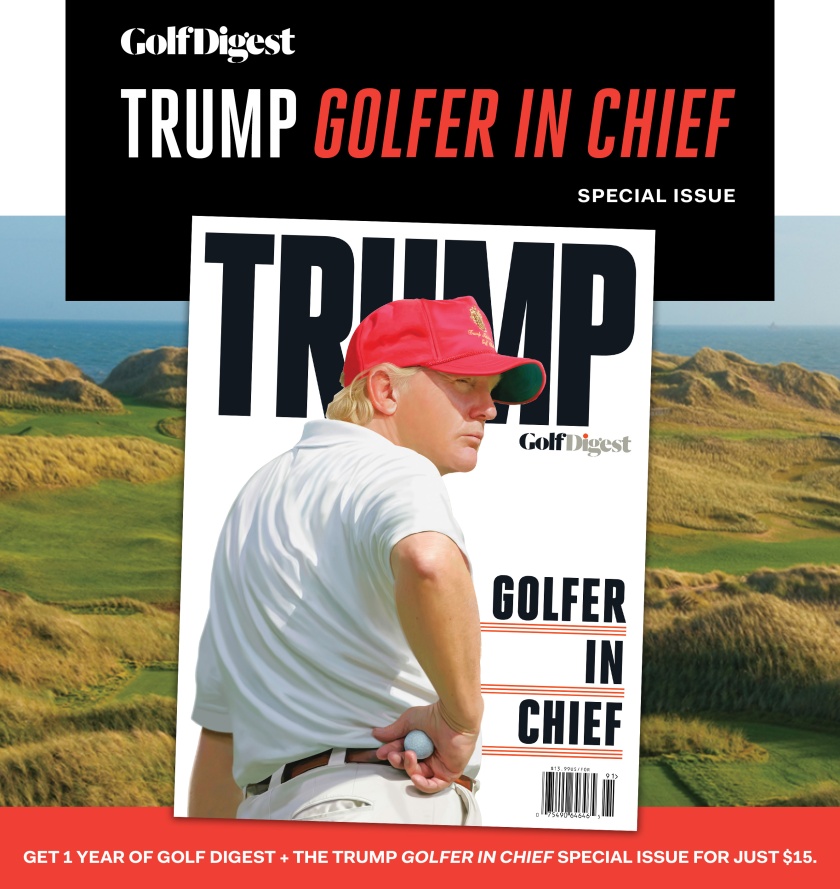 If anyone says something about the waste of government funds. Someone can point at the President Donald J. Trump. Not only the revealed amount of Executive Time, that he spends watching Fox News, eating burgers and drinking diet coke. President Trump has also spent massive amount of time on his own golf-courses and travelled with the federal agencies since taking power.

Americans should be shocked at the amount of funds spent on the President and his golfing exercises on his own properties. What is the worst. Is that this is only four instances and we know, the President has spent massive amounts times on his own Golf Courses during his time as President. That is why this revelation should bug the American Taxpayer, because they are paying for him doling and playing golf. Not ensuring policies, industries or securing the state as he should. He is having fun, while the American citizen is paying him to do so.

“We were asked to examine the cost of 4 trips to the Mar-a-Lago resort by the President and 3 international trips by Donald Trump Jr. and Eric Trump between January and March 2017. We estimate that federal agencies spent about $13.6 million for the Mar-a-Lago trips. The Departments of Defense and Homeland Security incurred most of the costs—about $8.5 million and $5.1 million, respectively. This excludes certain classified cost information. We estimate that the Secret Service spent about $396,000 protecting the President’s sons and their spouses on 3 international trips” (U.S. Government Accountability Office, 05.02.2019).

Just think about it. The state paid used over 13 million United States Dollars just for him to golf four times at the Mar-A-Lago resort. That is the sort of man, the President is and he has no trouble doing this. This excessive expenses of luxury, that all citizens of United States is paying. They are all chipping in, so he can put and try to get a whole in one. While later ensure that he get his cake and enough scoops of ice-cream. That is just the man he is.

The Secret Service, Department of Homeland Security and Department of Defense has spent this amount of funds just to secure the President and added costs for his travel from the White House to the Mar-A-Lago Resort. This is just the narrow window of January to March 2017. That is just a short time and we can just imagine how much he spent until now. As he has travelled a lot more since then. Just to golf and having long-weekends off on his resorts to golf. Therefore, this is just a drop in the ocean of the total cost of the life in luxury the President likes on the Federal Reserves Dime. Peace.