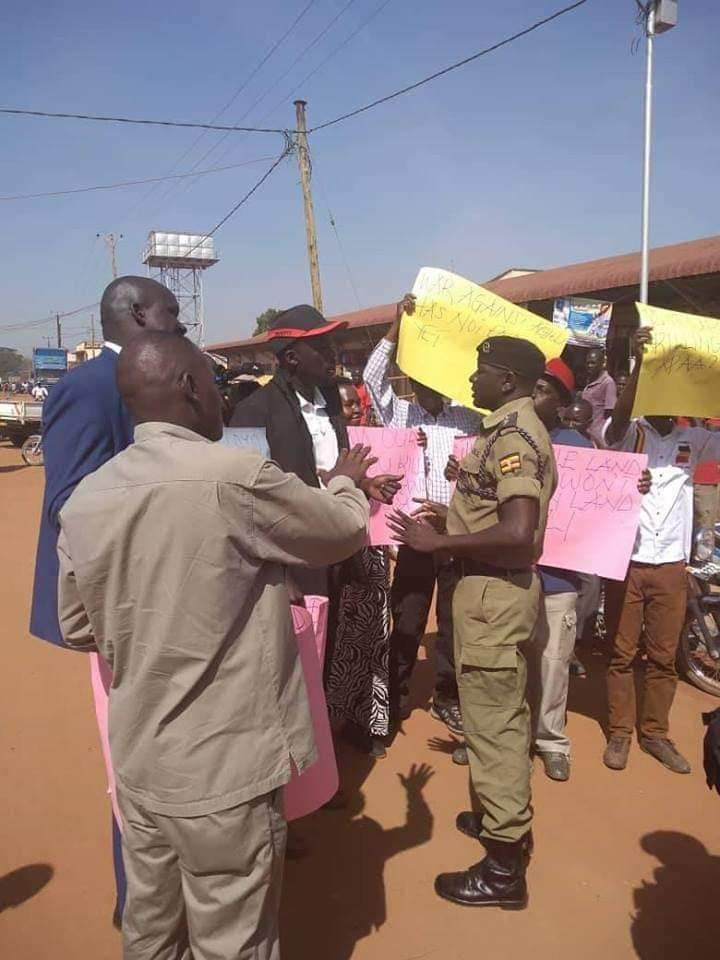 Today, there was held an demonstration in Gulu town for the land evictions happing in Apaa village. This is a planned land grab by the authorities dating back to 2006. As the land in Amuru have been given to Madhvani Group to the planned Kakira Sugar Factory there. Therefore, these evictions have been planned for decades.

That why I rewrite this again: The Amuru Land Grab: What is ours, is OURS; What is their’s, is OURS; and Whatever is your’s, is still OURS.

“SOLIDARITY MARCH Monday 4th February: Apaa Monitor has received information that a demonstration is taking place tomorrow at 8am, departing from Ker Kwaro Acholi head quarters in Gulu, in solidarity with those who are suffering in Apaa, and to denounce the atrocities that have taken place there. 8am, Ker Kwaro Acholi, Gang ker ma dit” (Apaa Monitor, 03.02.2019).

He we see again, that the public, the Members of Parliament and others are not allowed to address or voice out their grievances. This is currently very normal. Even if the people behind or organizing the demonstration had notified the authorities about their planned demonstration. The Police might still stop it or even bar it from happen.

They might have all the papers right, but still the police would come all out, because it doesn’t matter, even if they did follow the Public Order Management Act (POMA). The Police could still deem it illegal, as they didn’t notify correctly or “incited violence” breaking the penal code.

This is very common, therefore, I have a hard time believing this rally/demonstration was illegal. If it was, they did it this way. Because the MPs and the ones behind it, knew the authorities never would get it accepted. Since, the Apaa Land Grab is an accepted deal between the State and Madhvani Group since 2006. Therefore, the President would be humiliated and the Police Force cannot accept that. Peace.