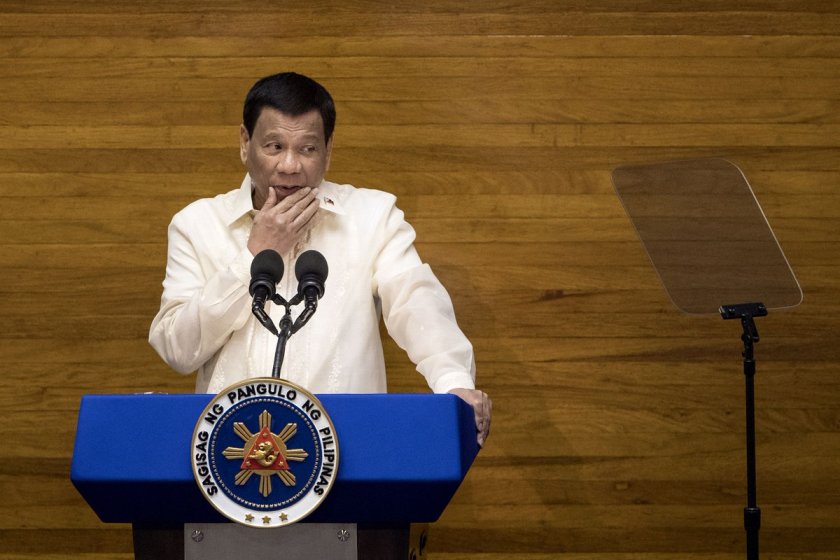 I am writing you again, as you have a re-ignited issue.

This is something you repeat, but changes the angles. You might not looking directly into the mirror, but surely your nearly seeing the same thing. Again and again.

I don’t know how Christians has hit your pride, Mr. President. Certainly, they have hit your honour and devalued your name. As your blasting the faith in God, the Trinity and everything else within the religion. Your attacking the bishops and the priests. Surely, all of them is not Noble people, who have honour or even should be teachers and shepherds of the people. However, this still happens to be there and need further guidance themselves.

What I don’t like is how you mock God, how you are speaking ill of the Trinity and of the Holy. As man in a Catholic Nation. There are so many who looks up to the Catholic Church and Faith. You should respect this and be part of it. Not talk crap about it. Their God is the guiding star, before you got in power and when you leave power.

God will be there before you entered into power and when you leaves power. He is eternal, we two are just mere mortal. We have to accept this and therefore, you should respect the deities and the holiness, which we cannot all understand. There is deeper profound things in the holiness of God and the principals that the Bible is telling about. Which we as men, cannot have the full understanding off. That is why it is insensitive of you to mock it and joke about it. Your the Commander-In-Chief, the President and the man with the highest office of the Republic.

I understand, that you don’t like being questioned by Bishops and other Christian Leaders, who are asking of you another path. They want you to be accountable and asks for other ways to lead the public. I understand, that you disagree with them, that you don’t accept their message and they themselves needs to clean their house. There are ills within the Church, there are deceiving people within the Church. We know this and these people have to addressed, by their actions and not shielded because it is Church.

However, as I state that. That doesn’t mean, you as President. Has the right to assault and mock the Divine, the Holy and the Eternal. The spirits and the powerful transcendent forces that touches planet earth. Which is so big and enormous, that mere mortals struggles with expressing their powers.

It is time that you show them some mercy and also some humility. You don’t want people to talk about you the way, you talk about their religion? Do you want me to talk crap about you, the way you speak ill of my believes?

Nah, you don’t want that. We all know that. Time for you to man up and show some grace.