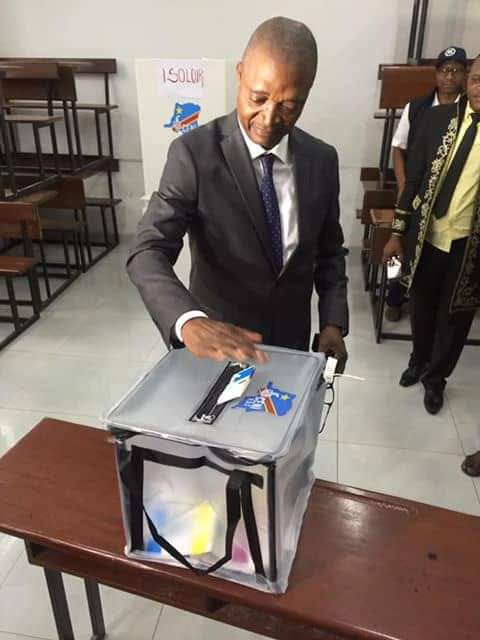 “Dictators are not in the business of allowing elections that could remove them from their thrones.”– Gene Sharp

Today, is the two years postponed General Election in the Democratic Republic of Congo. Where major provinces are having mocking elections like in Beni, Butembo and Yumbi. In a nation where the Electoral Commission, CENI, isn’t able to bring the Electoral Equipment or the Polling Machines to the 70,000 Polling Stations. Where the machines are malfunctioning, where the Polling Agents haven’t the proper lists of voters for the Stations. This is selective chaos made by the Regime. To ensure that they can rig it in their favour.

We know that this isn’t a free and fair election. This is a farce created to ensure that the puppet, the succession and secure the wealth of Kabila to the next term. So, that his man can rise from his shadow, the man he used as a warlord in Kasai-Orientale. That is the man, who is coming up and becoming President. Emmanuel Shadari is not a loveable character, he is a reckless man and loyal to Kabila. There is no significant change from him. That is why Kabila have been so proud in International Interviews, because his will continues.

This is not a legitimate election, the machines isn’t working, the waiting time at the polling stations in Kinshasa is foolish. Just a few kilo-meters away from the CENI HQ should have all the equipment on time. This isn’t far away from the capital or in the villages of Katanga. No, this is close and clear venue. Still, CENI is showing how little they care of their maladministration and how they have pre-planned the results. Because, why having all these issues?

Why I am questioning all this nonsense. Is because the CENI has had over three years preparing for this election. If it was honest and securing, the election would have happen over the whole Republic. The material would have come to all the provinces and the areas during last week. Securing the ballots and the machines working. Testing and securing. They would have fixed and ensured extra, as the CENI Warehouse was burned down recently. Who knows how much equipment got lost in that fire. We just know, this was supposed to play out this way.

It doesn’t matter, who is the opposition candidates to Kabila’s man, the main ones are Martin Fayulu of Lamuka or Felix Tshisekedi of CACH. These men are running against Shadari, but it is like it doesn’t matter. Because, CENI and FCC have ensured their way.

I have little faith, as people are barred from voting, machines not working, polling stations not opened on time. Ballots not received, machines not registering the voters and claiming that people have already voted. This is what is reported by CENCO and LUCHA. Not two institutions or organizations who has interests of lying about the Elections. Because, they are organizations who works for the betterment of the Republic. So, I trust their reporting from today.

I expect to see that Shadari win with about 50-57% win on the Presidential Election. I would not write it like this, if it wasn’t for certain channels of information. General Election is made to ensure the men and woman, who are the ones that Kabila trust and needs to secure his wealth.

What is really striking is that even major parts of Kinshasa has had no voting or polling stations up. As the polls are going on. Where people are starting to demonstrate in anger, as the machines are not working there. Clearly, a message sent from CENI and FCC, that their ballots doesn’t matter.

Time will tell, but don’t be shocked if Shadari wins. That is scheduled programming. Peace.