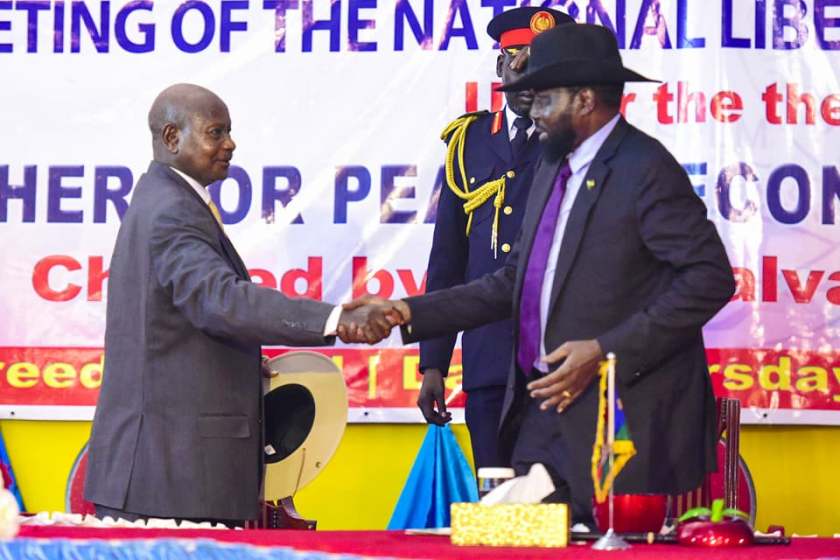 Today, it was two vital reports that came out on the subject. Both was how the National Resistance Movement, the NRM and President Yoweri Kaguta Museveni and his government have been involved in the South Sudan civil war. For me this wasn’t shocking or really news. The reports locally has been there.

That the Uganda People’s Defence Force (UPDF) have supported the Sudan People’s Liberation Army (SPLA) with arms, guns and weapons training. Even in the midst of an United Nations Embargo. Which wasn’t long ago, that the Uganda President promised to continue to supply the South Sudanese counterparts. However, none of that has gotten as a MEMO to the Western partners of Ugandan war-machine. Who has continued to supply them with arms and later on been traded to third parties in South Sudan.

While the guns and arms been flowing, the refugees has seek shelter and relief in Northern Uganda. As the same Western partners has donated funds as the massive refugee flow from across the border. As they are fleeing the conflict and civil war. The same Ugandan government, to trick the numbers and schemes to fund various operations of the state, even buy an expensive plot for a parking lot for the Office of the Prime Minister, has used them. This is the sort of activity happens from the government, who supply arms to the conflict, they are asking the same foreign donors to help with trouble it creates.

The UNCHR has spent a total of $129,9m in 2016 and $210m in 2017 on the Refugee operation in Uganda. This while the Ugandan authorities has ballooned the numbers and added over 300,000 refugees, which was ghosts. Therefore, the UNHCR and OPM had to after the scandal have a registration and verification drive, which also cost the UN Agency money. For instance, the OPM claimed to pay for 72 civil servants working on UNHCR projects and paying them salaries, but there was no clear documentation if they really existed or had a job. There was also procurement done without prior authorization or documents going up to about $34,4m, which was not approved off or cleared by the UNHCR.

When you combine these reports, show how blatant disregard the Ugandan government have, how they are both the mediator, the arms supplier and the refugee relief. While getting both the value for money for the arms, they are getting benefit on the refugees and they are supplying high-ranking government officials because of it. You can clearly get the gist of the operation.

The Ugandan government have been earning and using the conflict to gain monetary gains, in each side of the bargain. By circumventing the arms-embargo, while being a mediator and official “peace-maker” and hosting the refugees from the same conflict. That is really staggering, when your combining all the efforts and tricks done, to get another buck. Earning fortunes on others misfortune. Peace.