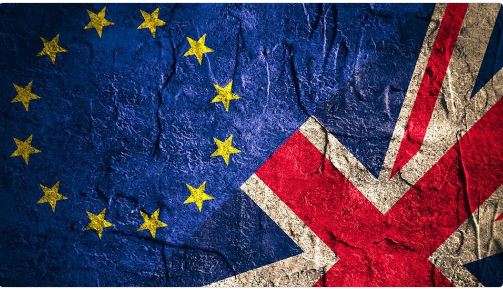 The Bank of England dropped their scheduled Stress Test Report of the possible outcomes of the Brexit. To say it was a joyful read, it really wasn’t, it is a dark chapter and proves what is at stake. That the politicians and the ones fighting to be sovereign from the European Union (EU) without concerned about the consequences. What is important about this BoE Stress Test, is that its an estimation and anticipation if certain variables are put into play. These are banking experts predicting the economy, that haven’t always worked out, but it give a feeling of the possible future.

To be honest the “No Deal” is a devastating affair. Shaving off 8% of the GDP. Rising unemployment up to 7,5%, Sterling falls 25% to below parity with the Dollar and house prices falls with 30 %. All of this is staggering consequences, where the shrinking economy, currency losing value and the main asset of the people lost value over night, going down to thirds of values, meaning more people will struggle to pay their mortgage and many more will lose their jobs. Therefore, this will be deep and impactful decision, where massive amounts of people will be hurt. By the mere outlook and forecast should stop anyone from considering it.

While the HM Government Plan are put to running up to 4 % of the GDP shaved off. The key part of the Report goes on the possible damage a non-deal does. That is also the one says how dire it would be. This has also been warned by both the Energy Industry, the Automobile Industry and others. Who has said the No-Deal would be damaging. That was most likely anyway, as the trade barriers, the hurt will be more constant and more companies will flea to greener pastures.

That is the reality, that the Brexiteers doesn’t care about. They don’t care if they risk 8 % of the GDP in a giant swoop. As long as they are not tied or into the Common Market. As long as they are out, the implications and the added stress to the economy doesn’t matter. That is the reality, many of the politicians doesn’t care to. As they are earning on the Brexit and making careers. They are not minding the hurt or damage. They are just smiling and saying it is for the best of the United Kingdom. When it really isn’t, they are all blaming the Bank of England. Because, they have nothing more fruitful to deliver the public.

This is predictions, forecast number if certain aspects and variables happens. These is not pseudo-science, but testing and estimating. It gives a certain forewarning about what might happen, if the HM Government does do a “No-Deal”. This shows what could be the possible cost. That should worry anyone, as this is the livelihoods, the homes and the businesses, who will disappear and not come back in long while. There will be plenty of Factory floors empty and take-away shops. Who suddenly are emptied in the towns and the cities. That because, someone wanted to prove a point to Brussels.

I am not a Remainer or such, but the Brexiteers are foolish for this one.

Are they willing to do this much damage? Are the British willing to risk possibly so much? Who would do so?

The HM Government Deal are bad too, they are possibly hurting half of the “No Deal”, which also shows how bad that is, but “No Deal” is massively worse.

Brexit will hurt, now the MPs and the Public have to decide what they want and how much they are willing to suffer. Peace.