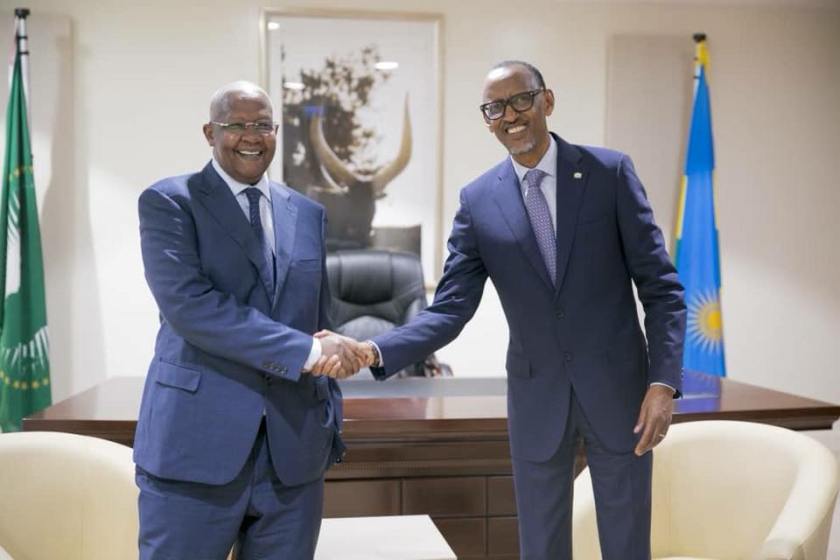 There are reasons for why there is easy to speculate about the meetings and the secrecy of the ones involved. As there are only one official story. That Foreign Affairs Minister of Uganda, Sam Kuteesa brought a Special Message to Rwandan President Paul Kagame. We don’t more from this meeting, as it not recorded or transcribed. There are no record or no protocol. That is why we know so little about this. Just like we know little about the meeting last week between Kuteesa and Joseph Kabila in Kinshasa.

The little we know from official Ugandan sources today is this: “Hon. Kutesa delivered a special message from President Yoweri Museveni to his counterpart. Mr. Kutesa had earlier met with Dr Richard Sezibera and congratulated him upon his recent appointment as Minister of Foreign Affairs, Cooperation and East African Community. They discussed issues of bilateral interest and pledged to work closely to broaden and deepen cooperation between Uganda and Rwanda” (Uganda Media Centre – ‘Hon. Kutesa delivers special message to President Kagame’ 25.10.2018).

We really don’t know what the cooperation or that Special Message was about, even if it was involving their mutual business and exports of minerals from the Democratic Republic of Congo. Who knows right? Because there is no official communique, there are no minutes or protocol from this meeting. Even no statement of intent. The parties have been silent about it and the only message from Uganda is practically saying nothing.

Why I am thinking like this, it is only a week ago, this was the message from the meeting in Kinshasa between Kabila and Kuteesa:

“Also, he reassured the military leaders of the Democratic Republic of the Congo and Uganda will use this meeting to solve the problems on Lake Albert to restore peace and security, and to allow the people of both countries to freely and peacefully conduct their fishing” (MediaCongo.net – ‘Un message spécial de Yoweri Museveni remis au Président Joseph Kabila Kabange’ 19.10.2018)

Whatever Kagame or Kuteesa was scheming isn’t easy to know, as the interests are there and they have all profited from the insecurity and the lack of building institutions and political stability in the region. Kuteesa could also ensure they are ready for action with Kabila.

We can wonder as the DRC are scheduled an election in December. That a new form of militia will appear “out-of-nowhere” from these nations to destabilize either in Ituri, South Kivu and North Kivu even more if they get lucky. That wouldn’t be surprising if there is coming weapons from Kisoro or Gisenyi in the coming future. If it would be familiar faces from FDLR/CNDP/M23 coming out of the wood-works too. That wouldn’t be shocking (!!). To create enough insecurity, so that the Democratic Republic of Congo has to postpone the elections again.

Because that would seem likely, as a major insecurity and use of militias to create troubles within the Kivu’s and Ituri. Would give Kabila a reason for even launching a “State of Emergency” and relinquish all power until it is over. Hence, stopping the need of the two year long postponement of election. As he is on overtime in his role the President. No one would complain if he had to fight a civil war to stay in power, especially not foreign sponsored ones from former allies. That he happen to meet just in mere weeks before they assembled on Kisangani, Bukavu and Goma. I wouldn’t be shocked if that is the next step.

At this moment, it is just my wild thoughts, which sadly enough isn’t far fetched. As there are enough of freed former militia men walking about and such. Right now this is just my mere speculations, as there are no official statement/communique/document from the meeting in Kigali today and nothing from the one in Kinshasa. But these gentlemen tries to keep thing low-key, but at a later date. It suddenly explodes. If there would be weird activity in Kabale, Rwenzori or in Gisenyi in the coming weeks. I wouldn’t be directly shocked. As the timing is perfect to secure a “valid” reason to postpone the election and ensure a new “process” for yet another election. Because Kabila feed of the insecurity and needs it. Since he has no legitimate power and kills of the activists and the sends the political operatives that matters into exile. Peace.

BTW: I hope I am terrible wrong and out of line. That these meetings means they enjoyed some posho/ugali in each others company and served high quality tea afterwards. But there are often a reason for these meetings. I just start bugging when I don’t know why!