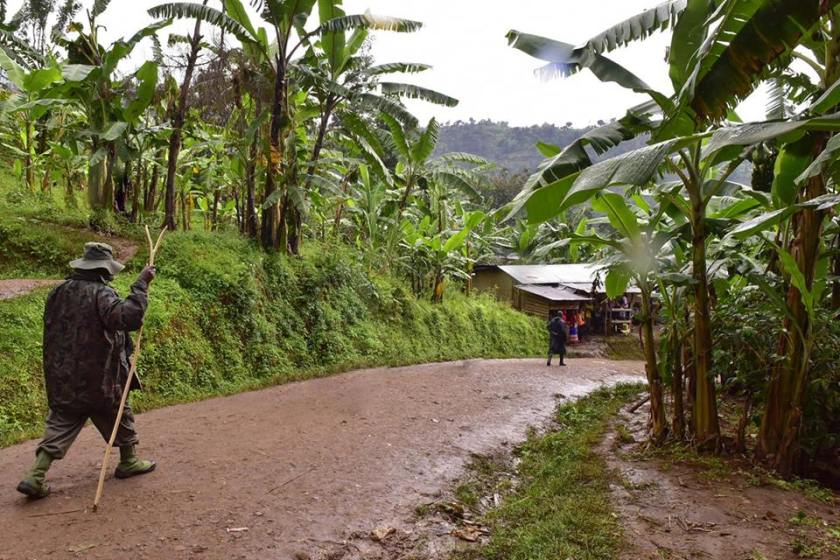 With age and time, you can see how a government returns with same empty promises and pledges. It is like President Yoweri Kaguta Musveni and his allies comes every time after a disaster. However, they are not planning to do anything. They are talking of making differences, that is why they had made a District Development Plan in April 2011. Where the district planned both tree-planting and building the road, which was promised the year before. Also, in National Policy for Disaster Preparedness and Management in 2010, which stated who had responsibilities concerning landslide. Therefore, the state has worked on plans and securing the area, but they have not acted upon it.

Today, I am just compiling a few promises over the years to the district, to prove the lack of act and lack of following up on promises. If this was a district the government cared about, they would have acknowledge the dangers and the landslides. As the death-toll is happening nearly yearly after the rainfall and the knowledge of this common. It is not like this is new problem. The state could have built the roads and could have ensured the earth erosion wouldn’t worsen, but never cared for doing so. Therefore, I have listed the promises since 2010 until today.

“President Yoweri Kaguta Museveni has directed for the immediate construction of a road leading up to Nametsi village in Bududa, the scene of the landslide disaster which claimed more than 300 people last week. The Lack of access roads to Nametsi village has severely affected the rescue efforts as earth moving equipments can not be transported to the disaster scene. The village which is located on Mt. Elgon can only be reached on foot as vehicles stop more than ten kilometers away” (Joseph Elunya – ‘President Museveni Orders for Construction of Road to Landslide Scene in Bududa’ 08.03.2010, link: https://ugandaradionetwork.com/story/president-museveni-orders-for-construction-of-road-to-landslide-scene-in-bududa).

“The directive by President Yoweri Museveni to have survivors of Monday’s landslides in Bududa district relocated to other places within the country has drawn mixed reactions among the locals in the area. President Museveni through a message by Prime Minister Amama Mbabazi, on Wednesday directed that all those living in high risk slopes of Mount Elgon should be unconditionally relocated. The President suggested that the government could also construct urban settlements within the district to have them settled there. The directive followed the June 25 landslides that buried at least two villages in Bulucheke Sub County, Bududa district. It is still not clear how many people have died, with government putting the figure at about 18 while local leaders saying the dead could be over 100. Some of the survivors welcome the idea of having urban centers constructed within the district, but many equally say they would not move to any place outside Bududa” (Michael Wambi – ‘Mixed Reactions to Museveni’s Bududa Directive’ 29.07.2012, link: https://ugandaradionetwork.com/a/story.php?s=43316).

“The President announced that the road from Magodesi to Lwakhakha will be tarmac and adding that the work is slated to begin in February 2016. He also said that Manafwa road will be extended to Bududa but called for patience as the government implements these projects in phases according to the availability of financial resources. “Money is not like the sun. We do government work step by step because not all programmes can be undertaken at the same time,” he explained” (Uganda Media Centre – ‘“Mass Industrialization to Solve Youth Unemployment”- President Museveni’ 27.08.2015, link: http://www.mediacentre.go.ug/press-release/%E2%80%9Cmass-industrialization-solve-youth-unemployment%E2%80%9D-president-museveni).

““There are very many stones on this mountain waiting to kill you people, but instead of these stones being a problem, we are going to blast them to make good tarmac roads,” he said, adding that government has also for funds to tarmac the Mbale-Sironko road” (…) “In September, this year, at least 10 people were reportedly buried alive after the mudslide occurred in Sironko and several houses were also left buried in Bududa district” (Max Patrick Ocaido – ‘President Museveni Visits Landslide Victims’ 22.11.2017, link: https://kampalapost.com/content/news/president-museveni-visits-landslide-victims).

“On government’s behalf I apologize for the delayed resettlement of those living in landslide-prone areas to safer places, and commit that this process will be fast-tracked to avoid any further casualities. I was let down by my people. I apologize on their behalf. A plan was made and the people had agreed to move but it seems there was lack of coordination in government. I apologise for this, we are now going to move very fast” (Yoweri Kaguta Museveni, 14.10.2018).

We can really see how the President promises and doesn’t keep them. That is why the Bududa District Plan of 2010 wasn’t even followed, neither the National Policy for Disaster Preparedness and Management of 2011, both wasn’t followed. That shows the contempt of the district and their needs.

That is why it is special that the President comes with the same promise after a landslide in 2018, as he did in 2012 and until last year he promised a road to help out the area. Clearly, the National Resistance Movement (NRM) are not prioritizing the needs or the costs of lives that is happening here. As it is happening yearly and still the state doesn’t act upon it.

That is time to stop and actually follow up on the pledges, the promises and the needs of the District. That he also have visited several times of AK 47 and military fatigue, shows how he acts concerning the pains of the citizens. He didn’t do that today, but has done that in the past.

When, he promise quick progress and apologize for lateness, that is at least 6 years ago since he written a directive on relocation that the state haven’t been able to follow upon or allocate the funds. Peace.