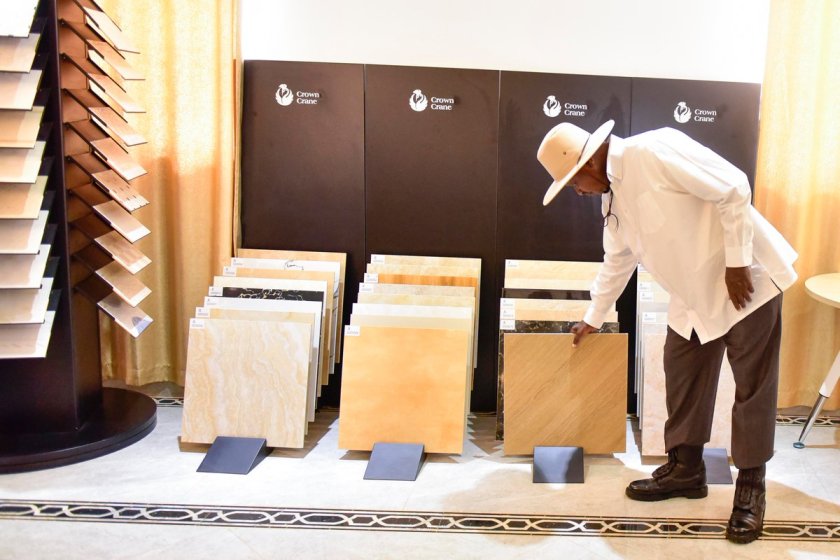 President Yoweri Kaguta Musveni does not miss a beat; he skips on every track and sings his tune. He is never to blame and his patronage or his growing bureaucracy to blame. No, it is the ones that is hired to do the work, not the legislation, he passes through the Parliament, or from the State House even; no, it is the bad-boys in the offices, which are enforcing them. The big problem are the ones following the guidelines and following the rules, which the President has put up over time. Clearly, Bosco have forgotten that memo or these laws for that matter. It is his own words, and actions that tends to end up in scriptures that people has to follow. Not like they are blindly swallowing air at the offices, they are following the protocols and the rules of the day. Which have been implemented over the 32 years the President has resided over the main post of the nation.

“President Museveni warned lazy and bribe-taking bureaucrats to resign or risk being sacked. “We still have these lazy armchair officers at the different offices who continue to disturb our people; the investors. I will chase all these saboteurs,” he said. Investors must be facilitated to bring in expert skills, Mr Museveni said, instead of being frustrated through increased work permit rates and other bureaucratic procedure” (Dan Wandera – ‘Chinese are doers not talkers, says Museveni’ 01.10.2018, link: http://mobile.monitor.co.ug/News/Chinese-Museveni-Tiles-Nakaseke-Kyambadde-bureaucrats/2466686-4785104-format-xhtml-y40t4fz/index.html).

Therefore, Mr. President. You should look into the rules, the regulations and the laws that you have enacted, as the bureaucrats are following them and abiding them. They are making it slow, because the process you have built for them. If it was slim and easy laws to process and security check the investors, then the bureaucrats would do that, however, the NRM and you Mr. President has made it this way. They are most likely also giving you a Presidential Handshake to able to spend fortunes in the nation too. You know this and the state organizations knows too.

Instead of sending warnings of firing and calling them saboteurs, maybe, you should look into the laws, the regulations and use your NRM Caucus to implement changes that opens the gates for investors and also financial transactions in the country, as rigid it is today. That is why people are tending not to remit or sending funds, as the expenses for doing so is bananas. That is why you should use your powers for something good and not just order the army to solve crisis. But before you do that, maybe, just maybe, look into the plenty of laws that is enacted and active. Which are hampering foreign investors. That is if, you really care.

At this moment, you are just using the patronage, the cronyism you have created as a scapegoat. Not to make the state better or the financial climate either. Peace.