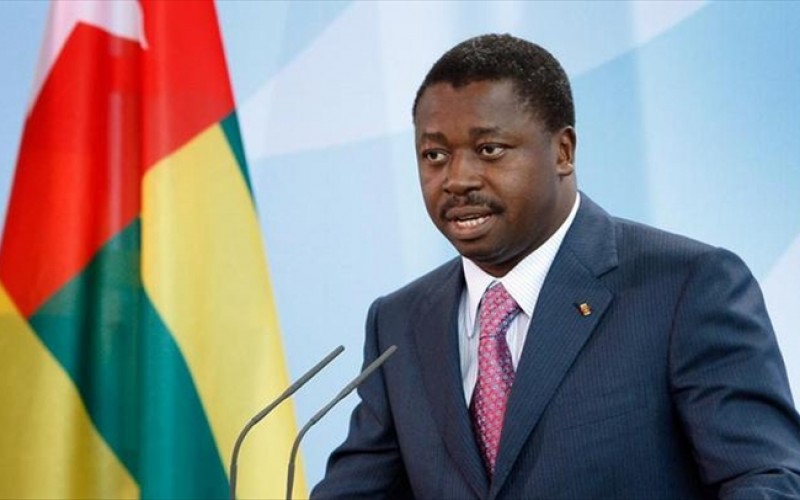 President Faure Gnassingbe whose been ruling the Republic of Togo since 5th February 2005. As his last term is final, he is now planning to revise the Constitution through a Referendum on the 16th December 2018. That is after ruling for 13 years already. As his father Eyadema Gnassingbe ruled from 1967 until 2005. Therefore, the family enterprise of ruling this nation has been lasting for over 50 years and is in their 51st year.

This is apparently not enough for the entitled family of the Gnassingbe, who are determined to change the Constitution, so that he can rule until 2030. That is 12 more years and the length of rule for one single family would be 63 years of one family takes it all. This a blatant disregard of the citizens and their rights to chose their leadership. They are own blue-blooded none-royal family, which has taken over the Republic and never served the interests of the people. Expect in words to donors and the French elite, where they are shopping luxurious items as they pass by the offices of whoever is the current French President at the time.

There is a reason why there been growing discontent, not only because of the entitlement, but the constant control of the one-party and the family rule, as they are self-serving individuals who are using the army, the national reserves and the rest of state as a given resources to secure them wealth.

That is why the public is discontent, as their rights are violated, their voices are not heard and they cannot decide whose the righteous leader of the Republic. As the entitled first family continues to oppress and occupy the throne. As they have invisible ink written on a deal with the almighty, that only the Gnassingbe family can rule Republic. Because that is how it seems.

This is not how it is supposed to be, as this is just the continuation of an oppressive dictatorship, which is becoming a dynasty. That is lasting and not losing its grip. This new referendum is to change the Constitution to fit the President and his needs. Not to make things better for the Republic. That is what is wrong with Togo and the Presidency at the moment. It is all self-interest and not building a nation. That is why the resistance, the demonstrations and the growing discontent. As they know and rightfully so, that the Togolese Republic is not owned by one family, but is something they all share.

That is why people shouldn’t legitimize the referendum, as it isn’t a choice, but another rubber-stamping the family dynasty and giving Gnassingbe more reasons to stay in power until 2030. Not for the betterment of the Republic. But just for his own selfish reasons, which are of none concern of the Togolese. Peace.