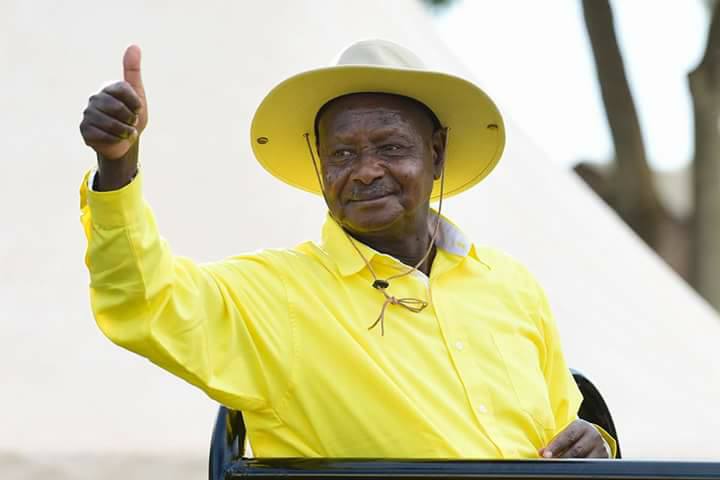 President Yoweri Kaguta Museveni must have misspoke or said something that wasn’t particularly true on Friday 14th September 2018, when he was donating funds at NAADS in Kawempe, Kampala. I will show why I am claiming he is lying, because the Civil Service of 2018 is all his. This isn’t what he got from Milton Obote or Idi Amin Dada. True, some parts of the institutions and the protocols that is not revised is still there, but the people are there are most likely another generation, than when he came to power. In a country where the 48% of the public is between 0-14 years old, also 28% is between 25-65 years old. Lastly, only 2%, which is over 65 years old. That means, the ones that he inherited is in the range of the 2 % and most of them isn’t working anymore. As life expectency in the Republic is about 58 years old. When you been ruling for 32 years it is only the young part of the brigade that is still working and it should be very few that is inherited.

““I inherited thugs. These are your children that you put in the civil service and I found them there,”Museveni said in Kawempe on Friday afternoon. “Don’t blame me for corrupt civil servants. I inherited them from past governments. Since you have now disowned them, I can now sack them for being rebels inside my government.”” (Kenneth Kazibwe – ‘Don’t blame me for corrupt officials, I inherited them – Museveni’ 15.09.2018 link: http://nilepost.co.ug/2018/09/15/dont-blame-me-for-corrupt-officials-i-inherited-them-museveni/).

That is why I have hard time believing he inherited the Civil Service as it is, because most of them has only served his government and under his reign. As most of the citizens are born while he ruled. Therefore, the will be minority of civil servants that also served under Obote or Yusuf Lule. That is just a mere reality, that the President knows, but he has to blame the dead to give himself life. Just like a Dracula.

By statistics alone between 2012 and 2016, the whole civil service employed from 281,000 to 308,000, this is stats from the UBOS 2017 report ‘ STATISTICAL ABSTRACT’. In all margins of error, I doubt all advance aged people are working as civil servants, especially when only 60,000 of 2016 was working in Local Government for instance. That, is why I have hard time believing his Civil Service is inherited at this point. If we’re talking mid-1990s or 1980s. He could have gotten away with it, but this time.

All the Commissions, all the Ministries and all the created districts are all his creations, combined with the Universal Primary Education and all the other government organizations created since the inception of his rule. That is why President Museveni is lying, not only by the default of the age of the workforce in the civil service, but also in the state creation of organizations since 1986. If he uses history against the public. I will use basic math and common sense against him.

He didn’t inherit the civil service as it is in 2018. That is the civil service that is following his guidelines and his rules, they are enacted because of him and his legislation. This is all resembling the system and government he has promoted for three decades. The ones that was there in 1986 are most likely drinking waragin in a village somewhere, if not already dwelling in a grave. Therefore, it is sinister to say he inherited thugs in the civil service. When most of them is gone and the ones there is his grand-kids and the post-1986 generation. Peace.