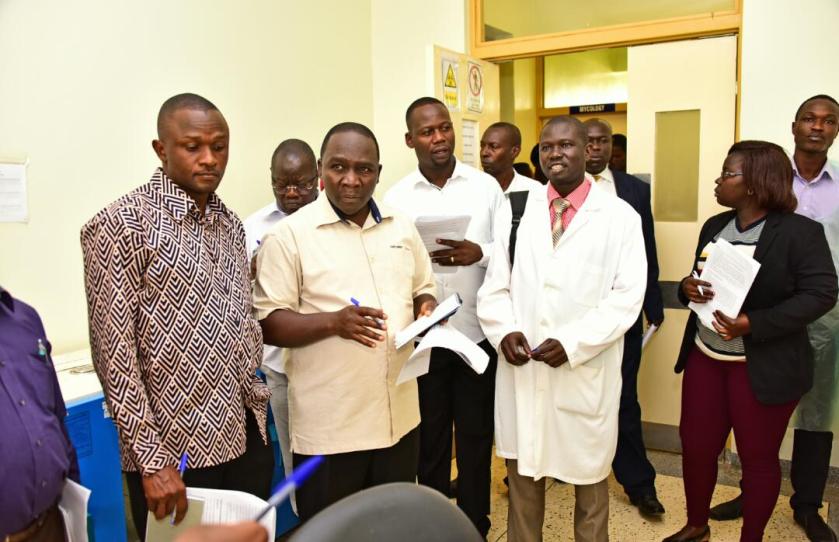 That suddenly the Members of Parliament (MPs) was visiting the Easter Region and the Referral Hospital of Soroti. Yesterday, on the 7th September 2018. This happens suddenly, maybe, because of the added pressure, as they want to prove that the Hospitals and Medical staff in great shape. They need to show the President that his lack-luster work on the Health Care has been worth it. However, the MPs was disappointed, as the public should be too. This is something that has been in the works for ages!

“MPs on the Parliamentary health committee visited Soroti hospital yesterday Friday 7th. The committee expressed disappointed on discovering that the hospital disposes infectious waste into toilets and that a number of medical equipments are broken down” (Parliament, 08.09.2018).

Because if they are surprised and about the state of how the hospital operates. This sort of activity has gone of for years at Soroti Hospital, as the lack of medicine was even stated in the performance of the hospital until September 2015. As the NMS had only delivered 63 % of the needed medicine in that given calendar year. In that given budget year, one of the smallest posts was for maintenance, meaning the reason for the sorry facilities at the Hospital has been going for years as well.

As the budgets for 2014/15 and 2015/16 shows alone is that the Parliament didn’t put in any money for rehabilitation or any significant construction in the Hospital. Except for the wards or the housing of staff. Which means, that is deliberate acts of not offering needed funds for the upkeep of the hospital itself. The MPs should be able to look into the back-log before walking on a field-trip to Soroti.

The Auditor General wrote an report in 2017 called: “REPORT OF THE AUDITOR GENERAL ON THE FINANCIAL STATEMENTS OF SOROTI REGIONAL REFERRAL HOSPITAL FOR THE YEAR ENDED 30TH JUNE 2017”, Auditor General Muwanga published this on the 11th December 2017, where it states this about the hospital:

“Medicines and medical supplies worth UGX.11,211,866 were not accounted for at the main store and user departments as shown in appendices i & ii. In addition, 8000 kits of determine were issued without supporting documentation as shown in appendix iii. These shortcomings may be a result of mismanagement or poor record keeping. This may have led to rampant medicine stock outs which hamper service delivery and occasion widespread public outcry” (Muwanga, 2017).

Therefore, what the MPs found in September 2018, was well known if they just looked a hot-minute into the paper-trail left behind. I didn’t even have to put in work to find these factors and mismanagement. Not even a field-trip to Eastern Region to figure that out. The MPs who has access and ability to gain the documentation before voting budgets. Could go into the paper-trail and configure the need for maintenance and general support of the buildings. Not only support funds for staff quarters/wards. Which is important in itself, but the hospital needed proper facilities to heal the sick.

Even a HURINET report from 2012 explains this:

“The lack of space in most hospital wards was evidently the main cause of overcrowding. In the female surgical ward in Soroti for example, the in-charge said patients are admitted up to the verandas and the equipment sterilization room is not spared either. The records department head expressed similar concerns when he said: “because of lack of space, I have scattered documents which should have been in one place so if I need a file I have to create time in my busy schedule to move around to look for it” (HURINET-U; the state of Regional Hospitals in Uganda; November 2012 The report was produced under Economic, Social and Cultural Rights projects with the generous support of Democracy Governance Facility (DFG) Uganda and DIAKONI).

When, we can back in time and finds this lack of issues and with the near past lack of financing, the state of the hospital has to bad. As the Referral Hospital of Soroti haven’t been an priority and the NRM only comes for a PR Stunt. Not for deliberate change. Then would have done it already, as they have had the years to do so, if they really cared. Alas, that is not the case. The OAG, the Budgets proves the lack of care for maintenance and upkeep.

If the NRM had cared about the state of Health Care, maybe they had cared before, not only sending VIPs and MPs abroad for medical services themselves. Peace.