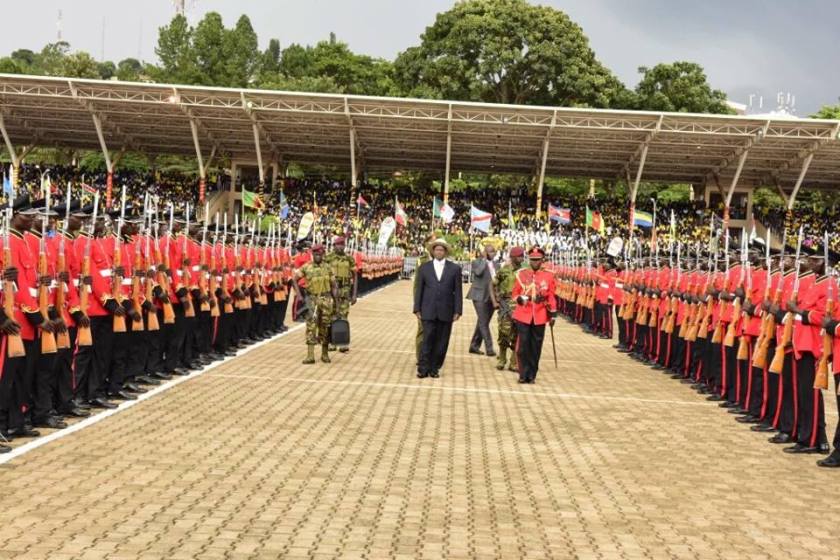 ““Between 1971 and 1979 (Idi Amin dictatorship – Ed), there was no parliament…Don’t think that you are in heaven; do what took you there. You should know where the power of that parliament comes from… in fact, I can do away with that parliament,” Museveni, also a retired army general, is quoted to have said. “And we brought it [parliament] back, so do whatever you are doing knowing…” Museveni reportedly said” (Sadab Kitatta Kaaya – ‘Museveni: I can do away with parliament’ 05.09.2018, link: https://www.observer.ug/news/headlines/58601-museveni-i-can-do-away-with-parliament).

President Museveni have told the Members of Parliament, that he can abolish the Parliament, if he wants too. Museveni said on the 27th August 2018 at Entebbe State House to the National Resistance Movement Caucus, that he can get rid of the Parliament and be the sole confined power in the Republic. He has said he can take it away and rule supreme.

If you thought that the man wasn’t serious, it took ages before ushered in Multi-Party elections, he took power in 1986, but the first election with that was in 2006. Therefore, he shown in the past, he only does “democratic” incentives, when he really has too. Not on his own merry, but by default.

Now, he says he can bring back military decrees and rule from up high, without any consideration of representatives of the people or MPs. As they are just questioning his reasoning and use of the military. This being in Arua and with the tortured MPs in question. That is why he is like this now. He wants to rule over the people without question, because he owns it.

In the same regard, people should stop paying taxes to him. Since he eats it anyways and shouldn’t care for paying OTT, VAT or anything as long as he don’t want to represent other than himself. He wants to be the kingpin, the almighty, who rules without questions. That is who is now. There isn’t anything he wants to control and if you question the military, than he brings the guns and suppress those ideas. That is why the Presidential Guards are in Kamwokya after arresting Bobi Wine. Because, he needs his sharp-shooters to send the message. That no one else has the power he does, because of the weapons, not because he has the support of the people in general.

That he now wants to talk like Amin and act like him, rule on military decree, shows how he lack fundamental understanding of all branches of state and how he wants to stifle it. He only opened up for things when it was beneficial, but now he wants to abolish it and take it away. He will soon wish back to Resistance Councils and the Movement System instead of the Multi-Party model, as that way he can monitor and control it in-house. That is who he is. However, will the people accept that in 2018?

This is not the same people as in 1986 or in 1996. This are doing this to people who never seen or touched the bush-war, the post-generation of that. He speaks of as it was his gift to give back parliament, soon he does the same with the kingdoms and whatever else he returned. As the pawns on his chess-set, as long as anyone obey it cool, but when they question him; your out of line!

Therefore, we now see how belittling and how hungry for the power the old man has. That he will even go to the levels of the ones he overthrow, just to prove a point. He already use the tactics of military courts, soldiers against civilians and torture like the ones before him. Now he wants to copy their military decree too. Soon there is no difference between him and the ones he liberated people from, its just like a mere façade and not reality. As he himself is as vindictive and horrific as them. Only he had more time using harm against people, then they ever could. Peace.