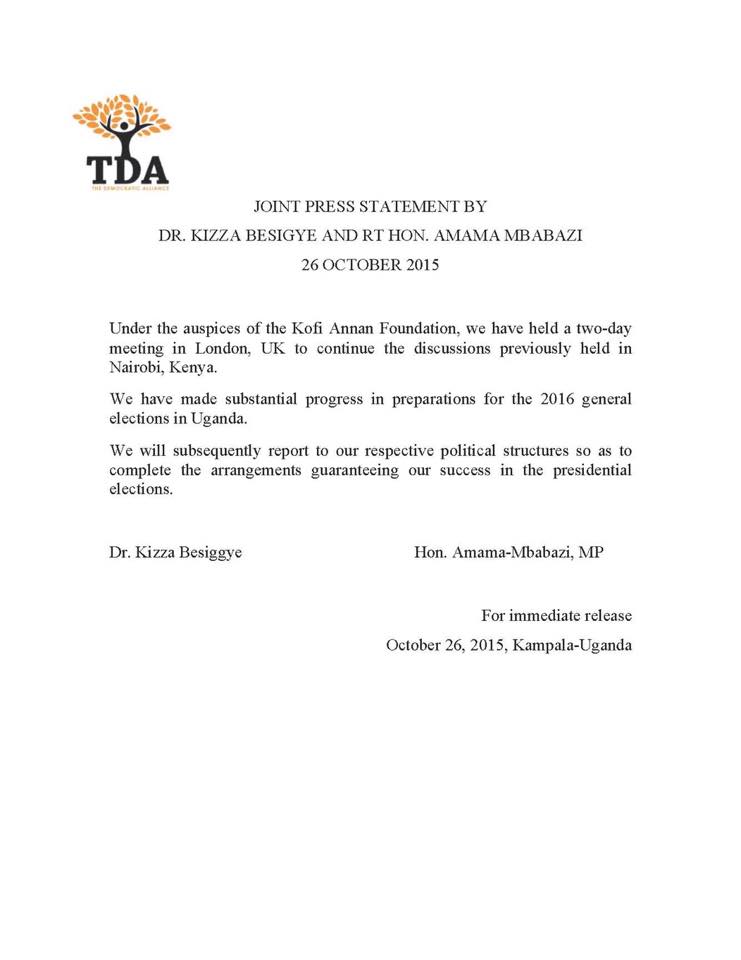 The late Paulo Muwanga in 1990, while appearing before Human Rights Commission, said: “Ugandans are jubilating over Museveni’s rise to power, although they have no idea of what awaits them. I know President Museveni inside-out and I can even tell from his sitting posture or how he blinks, what he is thinking or plotting. By the time Museveni’s rule ends in 2060, the country will have lost all its possessions and national assets, the political class will divided one against the other and Uganda will be ruins”.

As the days goes by, the mission to disenfranchise the opposition lingers, as the Bobi Wine supporters question the legitimacy of Forum for Democratic Change and Dr. Kizza Besigye. They should all join forces to dismantle the dictatorship and the tyranny. Not let the guards down and try on smaller pieces of the puzzle. Besigye have himself been charged with treason and lived in exile because of the works for the cause. Robert Kyagulanyi are just starting his race against the oppressive machine.

What everyone who cares and are involved should think of is ways to stop the National Resistance Movement (NRM) and the President from functioning. As long as he can loot, demote and destroy, he will continue to prosper. His use of militarism and armed forces to control the public, he will not need popular support or the population behind him. Because what he needs is the army and presidential guards to do his bidding.

That is what should be focus of the opposition, to unite and understand, that this regime will not be beaten by ballots or elections. They are doing the same strategy as the previous ones, rigging and intimidation to settle the score.

The people who cares about the cause, should unite and finds ways to conquer and show the NRM. That they cannot hold them down anymore. Not by compliance, but by defiance and actual resistance against the state. I don’t know how, but in ways that hurt the economy and the foreign exchange, so that the militaristic government cannot afford salaries to their soldiers. In that way, with time they might show lack of loyalty, as the state cannot afford the upkeep of the army and mutiny and desertion from the barracks might be in order.

Museveni have for long, played the long game and used all lies and deception. Now is the time, to uproot and show the true reflection of people’s power.

“If Besigye’s face is the problem in the struggle, let us put another face and we move on. Its urgent that we recover this country!! I will not allow my face to be a problem; not an obstacle to the liberation of this country. What I will only do is wake up every day to do my best to reclaim our country” Dr. Kizza Besigye at the Press Conference today on the 18th August 2018.

There isn’t a need for bickering inside the block between the opposition, they should use all their methods to dismantle it and show will to overthrow Museveni by the will of the people. They all need to combine themselves and their strengths, all tactics and use, to secure a future. Where the people are represented and not the mere dictatorship.

If the people want another face than Besigye, that is fine, but he has fought for ages for this. The public should see that. His party that was formed while back are run in another manner, than the NRM. That should be seen. Bobi Wine is a lone soldier for the cause, but has backers on all sides of the spectrum. Therefore, how does they plan to fight this and organize the breakdown of the NRM?

That is why, all forces needs to unite, to join forces and see a way out. Not bicker between Besigye and Bobi Wine. We saw how Museveni was able to twist the opposition against each other with the The Democratic Alliance (TDA) and the FDC before and during the campaigns before the General Election of 2016. That time has to move on, as Amama Mbabazi was there splitting the Democratic Party, Uganda Federal Alliance, Uganda People’s Congress and Forum for Democratic Change. All of these split between Mbabazi and Besigye.

If we don’t, than we are living up to the prediction of Paolo Muwanga, we should take that warning and think what we want to achieve. We don’t want Museveni and his kind to win. He has won long enough and his tyranny has taken to many lives. His works has already destroyed enough lives and disenfranchised so many people. There is time to rekindle, retake and finds way to maneuver the regime. So, that it cannot destroy for the next generation. Peace.