Will Bobi Wine share the same fate as Gen. Moses Ali did in 1990s? 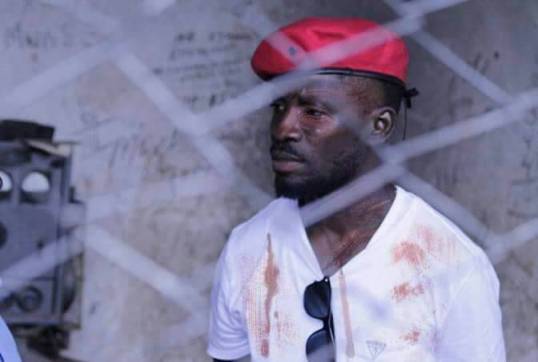 Back in the day, just years into the National Resistance Movement, there was this General Moses Ali, whose now Deputy Prime Minister. In April 1990 he was charged with treason, for illegal fire-arm and possible rebellion to overthrow the NRM. This was happening as he was a Cabinet Minister and his rebel group had joined the National Resistance Army in the Bush. Therefore, we should remember the story of Gen. Moses Ali, today.

Gen. Moses Ali was supposed to meet President Yoweri Kaguta Museveni at the State House on the 7th April 1990. However, his case would spawn a lot of time, the charges being carrying of various arsenal of weapons and ammunition. There after he was held in Lubiri Barracks, as the case got investigations. While the case into the charges was prolonged through the year and his final verdict was done by the magistrate on the 7th January 1991.

“He was acquitted of all charges except treason, a capital offense. Ali was granted a $833 bail and ordered to surrender his passport to the state, according to the official at the Luzira prison in Kampala” (AP – ‘Former Minister Facing Treason Charges Freed on Bail’ 14.12.1991). He was later finally released in June 1992.

Why I am telling this story this way?

Well, right now, Robert Kyagulanyi aka Bobi Wine, is charged with illegal firearm and treason against the President. This happen in the Gulu Court Martial on the 16th August 2018. He is right now in detention in the Makindye Military Barracks. Therefore, the case for his and fellow Members of Parliament. Is in the similar fashion, as it was for Gen. Moses Ali on the 1980. While he was charged to overthrow Museveni with a rebellion across in Zaire, Bobi Wine is doing so with his allies in Arua, as the Presidential Convoy was stoned. The similarities are still there. Though, the popularity of Bobi Wine is another fashion.

We can see, how the NRM will prolong the sentence and the courts. Just as it has done already with Bobi Wine and fellow MPs, like Mubarak Munyagwa, Francis Zaake, Kassiano Wadri, Gerald Karuhanga and Paul Mwiru. As Bobi Wine will be remanded to the Gulu Court Martial on the 30th August 2018. This case will be prolonged and will not dismissed in the first few days. The NRM will use this and play this one out. Even if the guns are fabricated, as people are thinking they are, because they are guns and ammunition, which the military have monopoly on. Therefore, the charges seems forged and also the destroyed windshield of the car in the Presidential Convoy. The actions of the state, seems to making the opposition criminalized, while making sure the state gets away with killings themselves.

Even if there was nobody dying over the arrest of Gen. Moses Ali. We expect similar prolonged court case over the treason charge towards the ones in this case after the Arua By-Election. Bobi Wine and the MPs whose been charged and arrested since. They will all be in legal jeopardy for months now. The NRM will not give in and the President has usually done this. The same for the treason charges put on Besigye. Therefore, not expect this to be over soon.

Bobi Wine deserves justice, as he and several MPs are delivered injustice. We can hope that the story of Moses Ali doesn’t return, but by the look of things. It seems like the President and NRM will repeat it. Peace.