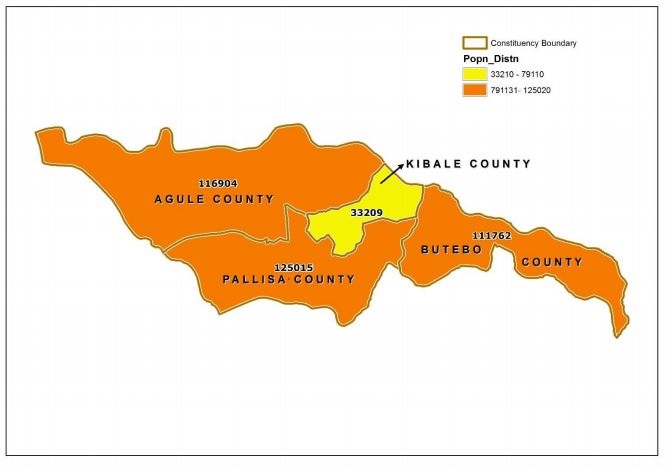 The newly created district Butebo district out of Pallisa district, where the boundaries was even contested in Parliament before the creation of it in November 2017. Therefore, the coming election for 28th June will be with National Resistance Movement MP Flag-bearer Samuel Keddi. You know the district is poor, when the district itself only have one car, this is owned by Butebo Sub-County District Councilor Gabriel Enyaru. That is why this By-Election is showing how unfavorable the wealth is shared in the Republic.

So, the NRM today came out with Press Release mocking the Opposition for not fielding a candidate, however, that is untrue. With the creation of the Butebo District. Forum for Democratic Change was ready to field their candidates in the district, by they were all disqualified by the Electoral Commission. This was preliminary precaution of the NRM. To secure a victory without any real contest. The biggest losers here is the residents of Butebo and Pallisa, who doesn’t have real competition for their voters for their new District Chairman and Woman MP.

The reason we know this is because: “there is an affidavit certified by URSB and in The Uganda Gazette clarifying on the issue of names but the Mr. Museveni has still insisted on disqualifying the FDC candidate by Monday 18th June 2018” (Harold Kaija, 15.06.2018).

That is why the NRM regime is securing the Butebo MP without really trying and fixing the results before it begins. The NRM is afraid of any real effort. The Bugiri By-Election is already heavy contested and is a worry, combined with the Jinja East, Kyadondo East and Rukungiri By-Elections. The NRM doesn’t want the Butebo District and Pallisa District to become another win for the Opposition. It has been insulting enough. That is why Museveni have ordered the EC to deliver the results on a silver plate. That is why they have also disqualified Pallisa Woman MP Candidate Achola Catherine Osupelem from the FDC.

Seems like Museveni gets his will, the FDC will not be allowed to run their Chairperson Flag-bearer Sam Khalwa against Keddi. That is weak-tea. When the NRM claims there was no opposition candidate for that role, when Khalwa was ready.

How stupid does the NRM think the people are?

They have disqualified the FDC candidates in the Butembo and Pallisa Districts. Therefore, the retribution from the public, should be defy the polls and not show up on 28th June 2018 in Butebo, as the NRM has fixed the result in their favor already! Both Woman MP and District Chairperson have been barred from the race. Peace.