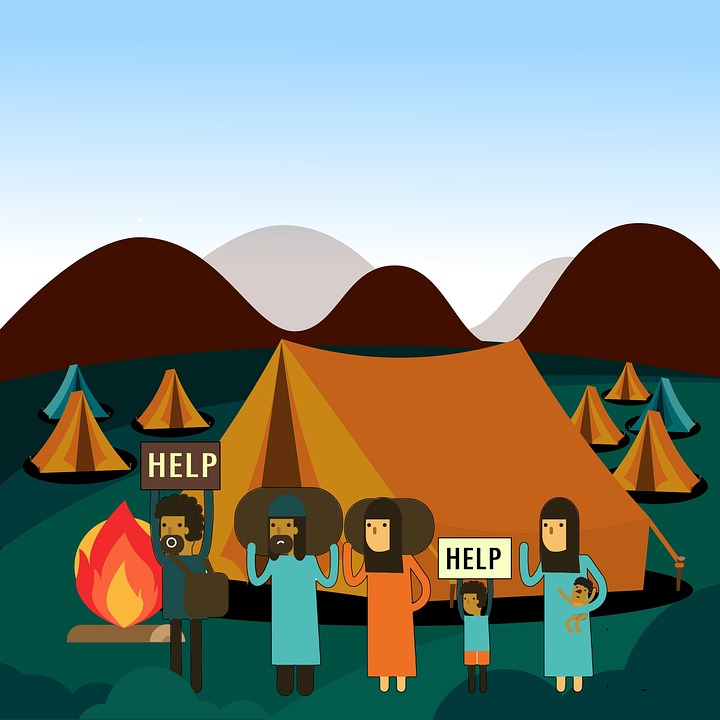 Where did humanity go in our time? When did we cease to care about other people’s struggle and their causes? When did that cease to matter? Because in our time, the rich and wealthy are securing more and more resources, while the poor is having no ways to get out of it. The states are closing their borders, stricter rules for refugees and asylum-seekers. While in dictatorships, the harassments and the internally displaced numbers are rising. The rich countries are investing in warfare, but not taking charge for the fleeing refugees from the crisis. They are trying to pay the states in regions and close the borders in migration routes. There is no heart, just cash-money. The heart has left, and the ignorance is rising.

The deaths of civil wars, the displacements of draconian laws and of dictators doesn’t matter. The lack of dialogue and of political freedoms, that doesn’t matter either. The lack of compassion and of political will change is also okay. As long as the troubles from afar doesn’t touch us. However, we will seal of the borders and make sure the innocent victims of internal disputes and skirmishes hopefully can cross the border to the closest country and not seek refugees in Europe or in the United States. Because, we cannot mange to show some humanity and heart.

The blood in your veins should boil, but for most. We don’t give a damn, they don’t give a fig. If their villages are burned to the ground by the military. If the Police is detaining people without any justification. If the state is securing the demise and death on fake imports. All of that doesn’t matter, as long as it doesn’t happen where we are.

This is the despicable. This is the reality. Our time, our reality, what our representatives put forward and make sure to build big invisible walls and mechanisms to close borders. To make it less achievable and costly to cross. Even more dangerous, as the perils of death and destruction at home isn’t better. But to leave can also cost your life, either by crook or by the book. Secondly, there will be nobody to even care to look.

This should be disgusting. Knowing that people are dying fleeing civil-wars and dictatorship, than when they are entering our safe havens; there is no one caring for their ills and troubles. They will just shrug it off like dirt on their shoulders and move on. There is lack of solidarity and heart. I hope in my time, that the Republic’s and Nation’s that close their borders never start warfare with themselves. As the ones who saw what we did. Might also give us no helping hand. They might say, we saw what your parents did to us. Why should we save the kids to such despicable people? Why do you deserve safe haven, when you couldn’t help our kind in need?

That is what I worry about, because we never know when the tide change, when society start to deteriorate or self-destruct. That is within us and we never know. We could be next, right now it is our brothers from afar, next time it could our closest neighbor or even ourselves. Than, they will remember our cold hearts and lack of compassion in the times of need. Peace.