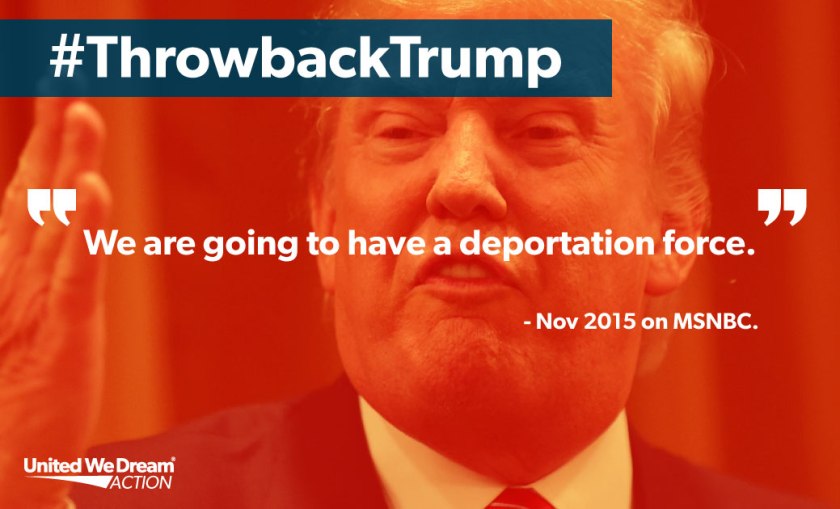 What the President has done, is maybe in short-term postponing worse states of affirmative action towards the immigrants and their families. But the hurt, the uncertainty over thousands of kids, that are awaiting their destiny and the futures are still in the hand of the Republic. The machinery and the businesses are still running behind the Customs and Border Agents, the ICE agents are still rounding up people and the attacks on refugees, asylums-seekers and anyone crossing the Southern-Borders are still in affect. This sort of activity is shut-down over night. There is no time to celebrate, there is still thousands of victims.

I cannot clap for the Republic that stole the kids from the parents hands and put them into cages. I cannot proclaim joy in the government that leaves the UN Human Rights Council. I cannot say its cool what has been done and how they will continue to pursuit injustice towards innocent people trying to seek refuge. That is why the Dreamers are in limbo, if not already afraid of their demise and return to unknown destinations. That is why the kids are awaiting the moment of meeting their parents again. Some are even deported, while they are left-behind. That is the utter insult to humanity. This is a travesty and a self-made tragedy by the Trump Administration. There isn’t anything positive coming out of the Zero-Tolerance at the Southern Border to Mexico. Only pain and suffering.

When your are deemed criminal for crossing a border, when your seen as problem and an issue. Before you even speak. Your deemed as a criminal and outlaw for simply seeking refuge. You know that the country your travel to is insane. That the laws are insane, because your deemed a criminal for just existing and not done anything with criminal intent. There isn’t anything the asylum-seekers and refugees can do. They are criminal and pre-fixed into a horrific situation. There isn’t anything in their powers. They are losing their kids and their future, they are losing their homes and the destination. Nothing is left to gain.

I cannot see how the United States are earning on it either. Making more people with Post-Traumatic Stress Disorder, making more kids feeling hurt and traumatized, while parents are also that, while lingering in private company prison cells. Awaiting judgement for their future and hopefully be freed to see their family members again. Even if the Executive Order comes into power. It will still take time and effort to find the parents, find homes and shelters to the ones separated. This isn’t a quick fix, especially when the Republic has already sent certain parents home and their kid is left behind in the United States.

That is why this situation, this insult to humanity, this horrific and tragic affair, which was created by the Trump Administration is not a quick-fix. This a badly demonstrated of draconian laws, without consideration of the implications and neither the consequences of their actions. This is just ill judgement and the ones behind it should take the cost. They should resign and ask themselves why they promoted it and did it. Who in the hell are blatant disregard of the family, that they can with the power of the Republic take away the kids from the Parents. On the grounds that they crossed the borders, that is insane and wrong. How dare you take away the most precious and the most dear to people, their kids and not be responsible for the affair.

This is should be sanctioned, this should be costly for the United States, not just mildly rebuked or condemn. This should cost and the tab should be on the White House. Donald J. Trump aren’t a hero for signing the Executive Order yesterday. It shouldn’t be needed to do so in the first place. There isn’t anyone sane or within bounds of capacity that would ever consider that rational space of separating parents from their children. That is just a crime in itself, to take away the ones who you hold the most dare.

We have no seen to what length the Trump Administration goes and this will have affect. It will take weeks into months before this is out of bound. Because it is not just to lock the doors of these camps, the administration need to find the parents and then figure funds for travel. Later shelter to secure their return. This will be prolonged. The journey of hell for this kids are not over.

This is all thanks to evil men and woman of the Trump Administration. Peace.