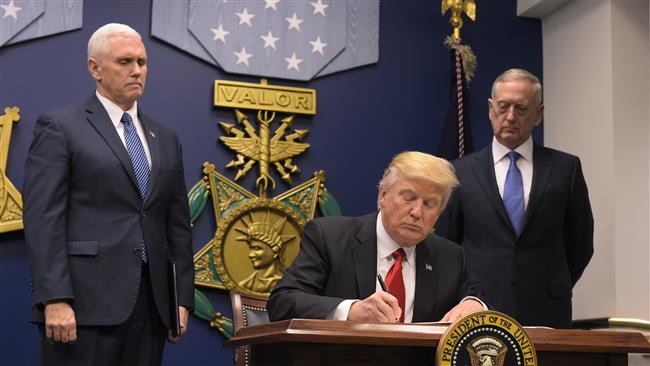 The world doesn’t need enemies, it already have Trump, President Trump. He doesn’t care and shows no tact, no mercy and no sort of dialogue. That is proven again. Now that he has over night decided to impose tariffs on Aluminum and Steel from the European Union (EU). It is like Trump wants the US to be alone in the world. That is what he is getting closer to every single day.

When your not making sure the friends of United States gets to trade with reasonable tariffs, then who do you let do that? Why does the United States think they are so special that they can hit another continent like nothing. This is just like they pulled out of the Paris Agreement on the Climate, as the US don’t want to part of the global fight against climate change. We also seen the US has pulled out of the Iran agreement, making things worse in the Middle East. That is done while the US Embassy was moved to Jerusalem and weapons delivered to Saudi Arabia. This is all decisions that makes the world more fragile and hits the nerves of the regions.

Now, the EU is imposed tariffs, which are done because of Trump’s imaginary vision of supremacy, instead he is losing end. As people knows with every day, they cannot trust the United States. Even Angela Merkel said that during April 2018. There is more and more proof, that the world cannot trust Trump and the US Government. It is erratic and unstable, it is a house of cards.

President Trump policies are short-sighted and without vision of consequences. The US will not salvage this industry, this will just make the products made with this more expensive before the industry get better sights and hired more educated people to work in the industry. You cannot just build steel mills over night and nether have the educated engineers like that too. This isn’t making copyrights on random products, this is actually producing and making them.

I don’t think that Trump knows this, he thinks of ancient ways and wants to be Cesar and rule everything without any consequences. But Trump should know that the EU will react to this, they will put reactionary tariffs on products and American goods valued the same as the industries they hit in the EU. So that the different partners are making sure the Americans get to feel it too.

The US should know, that all of this doesn’t make friends, but more people looking at them and mind boggling thinking. The US Government, we cannot trust or really count on. They are just using everyone and making sure the rest is hit. While the US wants to get away without any responsibility. But the reality will hit them, when the EU answers with imposing tariffs on US goods too. That would be a natural reaction. Hopefully hit a nerve with the President and his allies. Since that was what the EU planned in the past to answer it.

Let’s see how this goes. But it is not a good look. Only making things more hostile and letting the world know. The US cannot be trusted, they are misusing their position and will only make the global diplomacy harder. Peace.