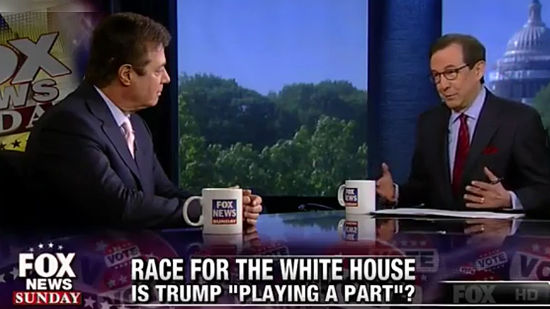 “Sometimes I tell what I know…. and sometimes I don’t” – Ben Matlock

Well, Mr. Matlock, 007 or Paul Manafort, the previous campaign manager for the Trump Campaign during 2016. Whose been indicted by the Special Counsel Robert Mueller. He and his attorneys has recently filed a complaint to the Courts, which was denied today. They we’re claiming the scope and the mandate of the Special Counsel was to free, he was overstepping and also not investigating within his jurisdiction. Today that got dismissed in court by the order of Judge Amy Berman Jackson.

What is striking is this defense of the Special Counsel against Manafort:

“The gravamen of Manafort’s motion is his contention that the Special Counsel has embarked on an unfettered and unsupervised investigation, and that the inquiry should have been cabined by a specific factual statement delivered by the Acting Attorney General at the outset. But the Acting Attorney General has stated publicly in sworn testimony that he did discuss the facts under investigation with the Special Counsel at the time of the appointment. Testimony of Deputy Attorney General Rod Rosenstein, House Committee on the Judiciary, Hearing on Justice Department’s Investigation of Russia’s Interference in the 2016 Presidential Election (Dec. 13, 2017), Ex. B to Gov’t Opp. [Dkt. # 244-2] at 29. The notion that this formal passing of the baton included an investigation into Manafort is borne out by the fact that the FBI was taking significant investigative steps related to Manafort within a very short period of time after the Special Counsel was appointed” (Crim. Action No. 17-0201-01 (ABJ).

So it was not like there was some investigation of Manafort already, just like they knew about certain things about Carter Paige and Gen. Michael Flynn. Who both was monitored by the Security Agencies and Intelligence Agencies in United States. Not like they didn’t have information on them, as the state had allowed several times to follow and wire-tap Paige. That means, they could collect more information on his informal and direct connections. All of this means, that everyone in and around Trump could have given information. Vital ones that the CIA and FBI already knows about. That we have no idea about yet. But will be dropped publicly with time.

Manafort and his business with Russian Oligarchs and Ukrainians, will be addressed, the connections, the financial disputes and the possible money-laundering, will be put in place. Not just what that has been written in Court documents already. Because that is the only solutions and possible leaks there are from the Mueller Probe. Which shows how professional and sincere his drive is. Even as Paul Ryan and Devin Nunes trying to undermine his efforts, and the whole Department of Justice. Since they are waterboys for the President. Who doesn’t comply to rule of law, since they are sitting in Congress and currently the leader of the Judicial Committee, even as Nunes Committee have early stopped their investigation. While Mueller continues to follow the suspects and leads in the case.

It is like the whole Republican Party knows they are into something shady, but has tried to undermined it all along, together with the Conservative Media. Instead of thinking of the implications and possible breaches of their own sovereign state, that Kremlin and their agents can play them like pawns on the Chess-set. If the ones behind Iron-Curtain knew it would be this easy, they wouldn’t have spent so much on the arms-race in the past. Just kidding, but you get my gist.

Also maybe, Manafort should take a hike, since his buddy buddy Richard Gates has pleaded guilty, therefore, whatever Gates knew about Manafort business and transactions, Mueller already knows. That is why Manafort should not fight, but also consider his place. As Manafort has the papers and the dots to connect his activity, he wondered, he could just ask Gates. Who because of his agreement would kiss and tell. Therefore, no worry buddy, Mueller already knows!

What we learned today, is that the scope of Mueller is free and monitored by Rod Rosenstein, the Deputy Attorney General. Therefore, he can follow the evidence and make cases as he sees fit. The Special Counsel has followed the orders and also his mandate, the jurisdiction is there. Therefore, Matlock was dismissed. Peace.