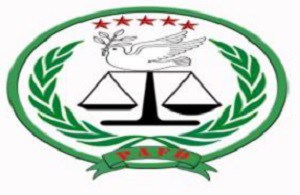 The TPLF/EPRDF army and security apparatuses are wrecking mayhem throughout Ethiopia as the operation of State of Emergency intensifies with degree of unprecedented barbarism in Oromia and throughout the country, even after the new PM has been appointed by TPLF/EPRDF. The killing of dozens of unarmed civilians is also intensifying in various Oromia regional state as are the imprison- ment of civilians in Ogaden Somali since the new PM, Dr Abiy Ahmed has sworn in on April 02, 2018. The PAFD categorically condemns with all possible terms the EPRDF/TPLF’s State terrorism in Ethiopia and urges the EPRDF/TPLF to call for an urgent transitional arrangement.

The inauguration speech of the new PM has been meticulously crafted with a lot of positive attributes albeit with the objective of achieving one key target of erroneously uplifting the spirit of often dejected mass. All peoples of Ethiopia who’ve lost hope and trust in TPLF/EPRDF during its 27 years reign of divide and conquer thought there is going to be a glimmer of hope, although it has become apparent that nothing has changed apart from paying lip-services.

Meanwhile, the killings of and an arbitrary detention of civilians has increasingly continued in various regions with severity in Oromia. The instigation of ethnic conflicts between peacefully coexisted nations such as the Oromo and Gedeo, Oromo and Ogaden Somali and the rest is increasing albeit the imposi- tion of State of Emergency and murdering of civilians. In Oromia regional state where the TPLF/ EPRDF’s army and security apparatuses are saturated, in addition to April 17, 2018’s Moyale carnage, the daily executions of unarmed dozens of civilians including a pregnant woman known by the name

‘Ayyaantuu Mohaammad Shaanqoo’ in East Oromia Hararge Zone, Mee’sso town on April 8, 2018 has increased. Initially, the indicated Oromo pregnant woman was approached by the Agaazi forces who demanded her for a gang-rape. As she refused to obey their sadistic orders, they forced her to her knees and shot her on her head with three bullets to instantly kill her. Additionally, an elderly Oromo man known by the name ‘Mardaasaa Yaadasaa’ in Qellem district of Wallaggaa zone, Sadii Caanqaa sub district, Koomboo village has been executed by TPLF/EPRDF’s Agaazi on April 13, 2018 who broke into his house before dawn by further seriously wounding his son who is fighting for his life in hospital.

with the objectives of depopulating Ogaden Somali. Moreover, the TPLF/EPRDF’s regime is also de- ploying the Ogaden Somali detainees who have been recently released for a forced labour where the la- bourers are often denied food and water until they die. Today (April 18, 2018) the TPLF/EPRDF’s re- gional agents -the Solomali Liyu militia executed an Ogadeni Somali woman known by the name

‘Rooda Yaasiin Muhumed’ in Kabribayah town of the region for no apparent reason. In Sidama the displacement of thousands of peasants from their lands of Hawassa proximity is intensifying by turning

the majority to virtual beggars in their own land. In Gambella, Amhara, Afar, the entire south and Benshangul, the plights of civilians remain as precarious as it was 15 or 20 years ago. The situation all over the country remains as fluid as it has been a year ago despite the short-lived Euphoria of the majority after the inauguration of the new PM two weeks ago.

Therefore, the PAFD categorically deplores the ongoing killing and arbitrary detentions of civilians in various parts of the country including in Oromia, Ogaden Somali, Amhara, Afar, Gambella and elsewhere. We urge the new PM and his EPRDF’s party to unconditionally lift the State of Emergency, release all political prisoners and call for an unconditional all- inclusive transitional arrangement in Ethiopia to restore law and order that remain distant from the peoples of Ethiopia for the past 27 years.

Finally, the PAFD’s once again renews its calls of London February 2018 all-inclusive confer- ence to opposition groups of all peoples of Ethiopia to unconditionally put aside their differ- ences to agree to work together to achieve the highly-craved democratic changes by struggling in unison. We also call upon all politicians, civic society, academics and religious groups to open their minds and hearts to come to term to realistically address the demands of the major- ity in Ethiopia in unison. Recognising and appreciating the recent approval of House Resolu- tion (HR-128) in America, we finally call upon all the international political players to do more in defending the rights of over 104 million peoples in Ethiopian by unconditionally and fully supporting their struggle until they achieve their dream of living in a free and democratic country where her leaders are held into account for their actions and accountable to their con- stituents.

Justice, Freedom and Equality For All Peoples In Ethiopia!

The Peoples’ Alliance for Freedom and Democracy (PAFD), April 18, 2018