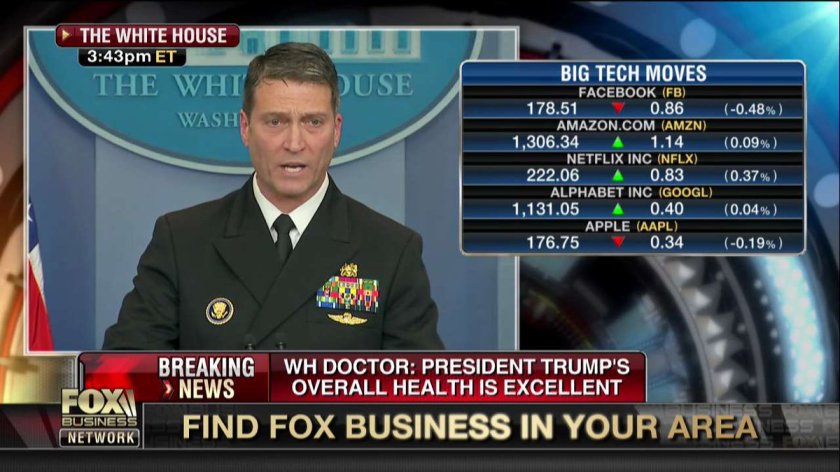 The White House continue its purge on its staff, the Veterans Affairs Secretary David Shulkin, who has been working there since Trump Presidency begun. Even the Department of Veteran Affairs was looking forward to have Shulkin at the helm in January 2017. Now in March 2018, he is gone. Just like so many, there has been so many people who has left this administration. What is more striking, is who the President has picked to be his successor.

The White House has picked his personal physician Ronny Jackson. He has been a naval officer and worked for two presidents before in the White House, but that as a doctor, not an administrator. He has no history of working a big administration. He has no prior knowledge of bureaucracy or the inner-works of government. Just like the President, who hires people carelessly. That is why the White House Communication Team got a new member yesterday, the former Disney Starlet Charlotte Sunshine. She will work in tandem with Sarah Huckabee Sanders. Clearly, the shakes-up continue and is ever working. Ironically, Sunshine played a character in Disney on ‘Shake it Up’, the theme of how the President hires and fires personnel.

Now, that also Shulkin is gone, the man that the DVA was looking forward to work for and his leadership. Now, we will see how the presidents doctor will do and if the doctor get the clearance from the Congress, since as a secretary, he needs that, since he has no prior clearance.

At this point, it is hard to imagine more narrow and weird appointments, as the President are picking people he is watching on TV. He is not looking at experts or people in the fields of expertise, or experience. That is lacking, that is not important. Just imagine if Obama picked someone who was on Bloomberg or The View to be in cabinet. That would wreck havoc, but in Trump era its a Tuesday.

This White House is a mess, but a mess that the President created and wanted to create. At this point, he cannot blame anyone else, even though he will do it with passion on Twitter. It is weird, but natural at this point to hire his own physician. That should be a no-no, but here it is go-go. But this is the same government, that doesn’t care about nepotism or growing conflict of interests. Where the slumlords, the real-estate businesses and foreign investments are more important, than policy. Such a beautiful day in DC to be able to use the power for personal gain, just ask Kushner about that.

Now we know, that if your face on TV, you can be picked, if you speak well of the President, you can get appointed. That is the knowledge we can get from this. That is why Jackson suddenly gets appointed. Which is insane. Peace.