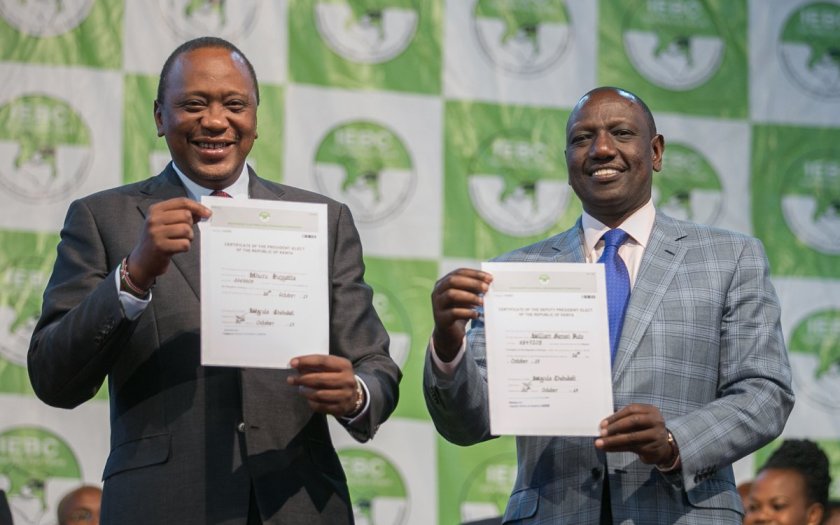 It is weird, it is strange, but also very clear why President Uhuru Kenyatta, why Deputy President William Ruto and all of the political elite, and the Jubilee Party don’t want to touch the affiliate Cambridge Analytica. As the world is grasping with the toils and the states are asking for subpoena information and oral evidence from Cambridge Analytica and Facebook. The Kenyan Government are walking around like nothing happen. Not like the lightning stroke down in 2013 and 2017, but just letting it go like spilled milk.

While other governments are looking into the madness, into the big-date breaches, where the Cambridge Analytica used their manpower and expertise to take private information from users of Facebook. Use that to target and make messages fitting the campaigns that hired them. This they did in Kenya, we got no idea to what extent, but clearly they have done their thing. Even the CEO has been proud about their activity. As the Kenyan government has hired the company and used their services.

There has been known that the company had connection with the Independent Electoral and Boundaries Commission (IEBC), even as far the Commission own server was directly tapped by the government. While the Jubilee Party also used the affiliate Harris Media also to spread the messages and campaign agenda made by the Company, everything was elaborate and made to make sure the President got his way in the media. Even media companies was paid to make ready-made, microwaved articles to serve the public. Like dishes fitting the paradigm of the state. This isn’t just hearsay, it was the real deal. The Githeri Media was boosted and paid through the ranks of the Company. Cambridge was involved in everything, even wrote the speeches and notes that Kenyatta brought to the public. Clearly, the President Strategic Communication Unit (PSCU) was working directly with the Company making sure their stories was set straight.

This was done with precision and with full fury, they did it knowingly and misused their trust. This wasn’t just campaigning, but rigging with the mercy of American Company registered in the United Kingdom. With ICT Managers and hackers who took information and boosted the ruling regime. If this isn’t a massive theft, than nothing is. That the Cambridge Analytica would make sure and facilitate it this way. Shows how the company and their string-men are working to get their client fixed in position. That is maybe why US Ambassador Bob Godec has been such a loyal man to Kenyatta. Where he has worked for the benefit of the President and not for democratic values. They are not needed, when the President are spending on American Companies and using their products to extend his agenda. Even if that meaning rigging and a hostile takeover of the state.

If this isn’t investigated, if the ones behind the theft, the ones who has stolen a republic. The ones who has used manipulation, rigging and propaganda to benefit one man and his cronies. If that isn’t sorted out, the reality of it all will never matter. That Kenyatta got everything served, paid the Westerners a fortune and secured his victory, it was already Pyrrhic on 26th October 2017, but now it is a blatant lie. Manufactured election with a tin-soldier running the show.

This isn’t fun and games, this is a killing, a kill of democracy and a kill of institution and a death-stroke to believe how the citizens been used to targets themselves in a ploy to reinstate their client. It is without mercy, without justice and without consent. It is just mere facade and forgery. Nothing else, its the worst sort of realization.

It deserves to investigated, by Scotland Yard, by someone from the outside to do it properly, a foreign investigation unit, who works independently and can take all evidence and affidavits. To unleash the truth, reveal the madness and not only the open air implications that are there. Put it in system, collect more than the leaks, but actually get the whole truth and than indict the ones culprits behind it all. Peace.