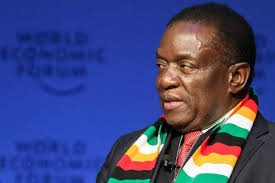 There are reasons for all of this, it is and it is understandable, but however, the ones who thought it would be revolutionary changes after the coup in November 2017. You are wrong, the henchmen and people that was running the nation is still the same, just a twitch of a change in cabinet and stronger presence of the army involved in politics, that is because without President Emmerson Mnangagwa wouldn’t have toppled Grace Mugabe’s G-40 and given the edge to Lacoste of Zimbabwe African National Union – Patriotic Front. He just the other guy, who also let a general be his Vice President Constantino Chiweng, the man who controlled the ousting of Robert Mugabe into his position as a gentleman’s thank you for getting rid of his former boss.

So now, that people had high expectations, they have not been met, the only change is a few people and the rhetoric of ED. However, the state of affairs is more of the same. Giving lavish gifts to secure upcoming elections. Letting cronies of the hook to explain scandals, demonstrating students met with police brutality, the good old fashion gumbo of the ZANU-PF. We all got to know under Mugabe. It is just now under Mnangagwa and he is not ceasing the day or afraid of doing so.

The most petite statement came from the President himself talking about his achievements to the state and party paper Harare Herald, where he said: “On corruption, the phrase zero tolerance approach has been backed up by action. We instituted a three-month amnesty to get back stolen funds, mandated all Cabinet ministers to declare assets, created dedicated anti-corruption courts in all provinces and clamped down on police road blocks” (Mugabe, 2018). However, concerning the amnesty, there has been no indication that it worked or been followed by the ministries or the government for that matter. Because none of the possible people behind it has come forward and neither has statistics of possible returned funds. Therefore, seem more like a publicity stunt ala what 50 Cent does with beef, than actual policy.

After 100 days, his biggest achievement is to stop roadblocks by the police, which has been a big money business for police officers to sponge off on meagre salaries. This here isn’t a big thing, it’s a small issue, not a grand one, as the epidemic controlling and state finances that has been bountiful for the ones closest to Mugabe. Now the same might been seen with ED. The Bond-notes are still there, the trying to forge a close relationship with China is still there, the prices of exotic hunting animals are still there. Therefore, anything that is for sale is still possible to buy and that is why the state is still infringed with troubles. That is because they took the head in November 2017, but they didn’t take the roots or his cronies. They were still all there and there today as well.

ZANU-PF is pretty much the same, only a few of the closest allies of Grace is gone. The rest has a position or some sort of play. Because if ED would have a revolution that would go against the core of his existence. Since he has been a key player since the 1980s and knows that the changes will brutal to him to. He will not do that and he will not risk his own political life. Not now, that he has finally exceeded Mugabe. Even if that means paying-off all the people he needs too, until the general election. While the 82 other political parties trying to find their way, especially MDC-T with their new leader. How they will compete with ED.

He has a scarf with the colours of the flag, but he does not have the spirit of needed transformation or change, because that means that he and his cronies has to stop what they are doing. They are earning plentiful and does not want to stop the gravy train. Peace