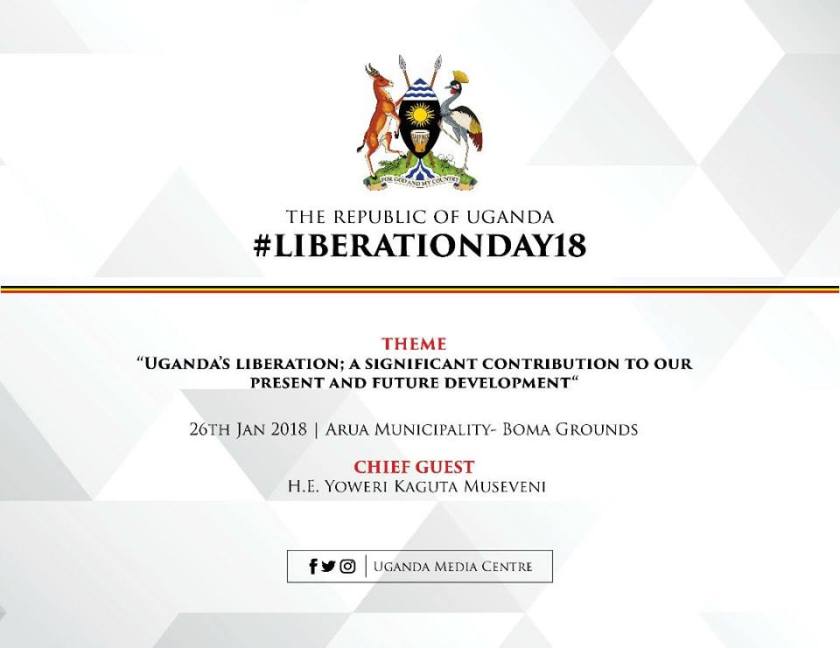 So the news today, was rare or unique. It is more of the same. That other people are not allowed. It is just like when he hold the State of Nation Address, all channels and broadcast on TV and Radio had to send his speech. The same can surely also happen in this instance. Because the only man who is clearly free and can be opinionated is Museveni. The rest have to follow his suit and his orders. The State House commands. So that the President and his men, are now putting orders on how they are celebrating the 32nd Liberation Day isn’t surprising. It follows a pattern of control from above, from His Excellency, who cannot be that excellent, when he has to micro-manage every detail and get everyone in-line for every event. Every function and every order, has to be rubber-stamped by him. It’s just his despotic mind, who speaks democracy, but orders everyone around and wants everybody to accept his hollow mind. That is just the way it is, so when Daily Monitor says this today:

“The government has cautioned the opposition and any other groups against any plot to hold parallel liberation day celebrations. The caution was sounded by the minister for presidency Esther Mbayo during a press conference at media centre ahead of the celebrations slated for Friday January 26, 2018. She said every time government organizes a national function, there are groups that threaten to organized parallel arrangements. She said this will not be tolerated this time round. “I am just warning whoever is organizing to stage a parallel function to desist from it because the long arm of the law will catchup with him,” minister Mbayo said. She said there will be only one national function accepted that day and it will be held at Boma grounds in Arua Municipality. “So whoever wants to stage parallel arrangements should stand warned,” Mbayo said” (Jumbe, 2018).

This is the memo, the gist and the story. That the Minister Mbayo is warning and coming with stern signals of how to behave. The public can only have one key celebration, nothing in Kololo or on another field. The only one matter at Boma Ground in Arua. The rest has to cease, where the President is, is the only place to be liberated, the others have to follow orders and be under the spell of the President. No freedom, no celebration in Kampala, Jinja or Mbarara, no no, only celebrate in Arua at Boma Ground.

The Liberation Day celebration only matters at the function of the President. If he isn’t there, it doesn’t matter. It is not about liberation, if the supposed liberator isn’t there. The kingpin of the NRA has to be at the function if it supposed to have any value. President Museveni have to show up and be graceful, spill his beans and everyone got to listen to his wisdom. If not, they are not liberated. The liberation was for him and his men, not for the republic. The people was just tools for his liberation. Therefore, a party is only a party, if he started or joined the party. Peace.

One thought on “Opinion: The Liberation Day can only be celebrated with Mzee and with no one else!”