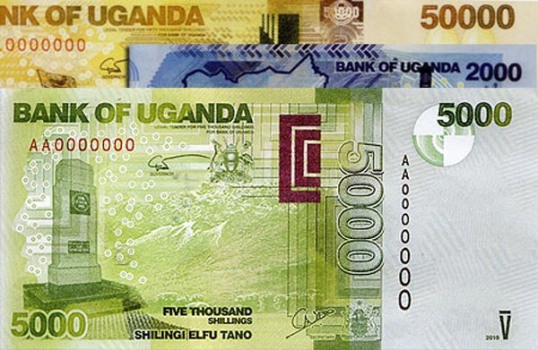 I will go over key points of the National Budget Framework Paper of Financial Year 2018/19 – FY 2022-23, that the Ministry of Finance, Planning and Economic Development released at the end of last year on December 2017. MoFPED or Minister of Finance Matia Kasaijja must surely flatter himself with this release. As the numbers and troubles ahead has to be meet with swift action. That the National Resistance Movement (NRM) and President Yoweri Kaguta Museveni should answer for the consequences their economic policies has affected the financial stability and fiscal responsibility.

On page seven of the paper, it was said this:

“i) Low revenue to GDP ratio, poor planning and budgeting due to non-adherence to Sector Investment Plans and increasing trends in supplementary pressures; ii) Lack of inter and intra sectoral coordination and increased cost of public administration resulting from creation of Authorities, Universities, Districts and related Administrative Units. iii) Accumulation of domestic arrears, arising majorly from court awards and delayed payment to the private sector that supply Government; and, iv) Low budget absorption especially for infrastructure projects resulting from delayed acquisition of right of way for projects and lengthy procurement processes” (MoFPED, P: 7, 2017).

If this isn’t signs of trouble ahead and lack of control of the economy, nothing is. When the government has trouble paying their dues, when they cannot absorb needed budgeted funds and also create longer procurement processes, while there is poor planning and lack of cooperation between different parts of the government and institutions. Therefore, the basic cost of developing projects and day-to-day services will be more costly, while the misuse of funds will grow. That is not the good steady progress, the ruling government promised in recent elections or anytime else for that matter in the reign of Museveni.

As the scale of debt has been on the rise of different years. The paper is clearly signaling bad news as well: “Amortization of external debt is projected at US$ 236.5 million, equivalent to Shs 894 billion in FY2018/19, which is relatively high compared to past levels because of repayment of the PTA loan. Thereafter, external debt amortization is projected to reduce to US$ 131.8 million in FY 2019/20” (…) “Government‟s interest payments are projected at Shs 2,701 billion in FY2018/19, of which Shs 2,279 billion is interest on domestic securities (Treasury bills and bonds) and the rest is interest on external debt. Interest payments constitute 9.8 percent of total resources available for spending next financial year. The figure is projected to rise to Shs. 2,788 billion in FY 2020/21 and will amount to Shs. 3084 billion during FY2021/22. A great percentage of interest payments about 84 percent is domestic interest payments which partly reflects high cost of domestic borrowing” (…) “Total government expenditure and net lending (excluding debt refinancing) will amount to Shs 22,520 billion in FY2018/19 and further increase to Shs 25,059 billion in FY2019/20. The bulk of this expenditure (10.5percent) is largely on account of increase in development spending arising from the scale up of public investments by Government. However, moving forward the implementation of the infrastructure projects will be more gradual to ensure consistency with the requirements to meet the EAMU convergence criteria. Recurrent expenditure is projected to increase by Shs. 166 billion during FY 2018/19 mainly driven by an increase in domestic interest payments” (MoFPED, P: 13, 2017).

That this combined with the early signs of worrying of procurement process, bad collective effort of ministries and also growing debt. None of this is a well-made government to secure services and institutions to serve the public. Clearly, there are other outlines and worries, since none of the early pages of the paper are too hopeful. These numbers has been shown before, but the MoFPED are really not hiding the fact, that the growing debt and services of it is taking a bulk of the budget this year.

Will look more into that, when I get the hold of the Budget Framework paper directly made for that part of government. Since it is always showing some inspiring expenditure, if it is expensive water or spending on bad seeds for Operation Wealth Creation (OWC). That depends on what excuse the President and NRM needs to overspend on the majesty for life.

One thought on “The Uganda Budget Framework Paper for FY2018/19 signals growing debt and steady growth of interest repayments!”