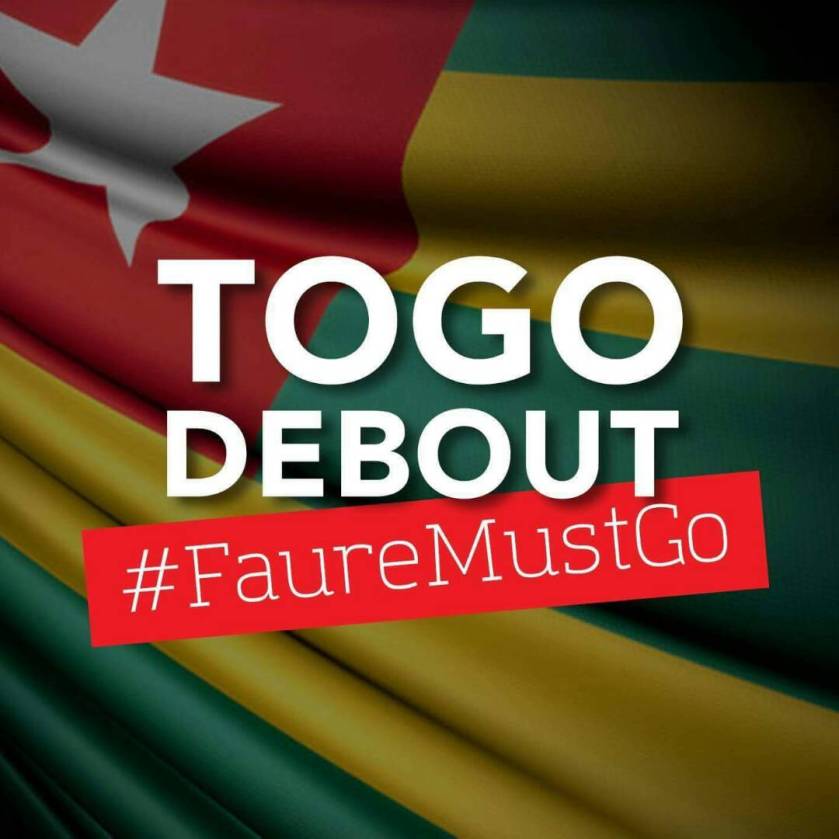 The Togolese people have been marching and demonstrating against the Family Dynasty of the Gnassingbe, the son of the previous one, Faure Gnassingbe. Who plans to revise the Constitution so he can run for a third term and continue the 50 year rule of his family in Togo.

The Togolese people have no been demonstrating for months. They have continued with persistence for months. While that has happen, the government has banned demonstrations, even concerts on beaches. They have killed demonstrators and detained civilians for their actions. All these have suffered, but they do it to save their nation from being controlled by one family and one party.

Therefore, that Faure Gnassingbe, who has been so silent for months. Suddenly yesterday released twitter messages, that is translated to this: “I invite all political actors of all persuasions to a national leap that will allow the various components of our country to meet around a table. May the appeasement measures and climate of restraint created by the Government constitute a solid foundation for sincere and fruitful discussions. One of our greatest qualities, on the land of our ancestors #Denyigban, remains the dialogue. I invite you to a #DialogueAuTogo” (Faure Gnassingbe, 08.12.2017).

As well as the Togo Tribune says this today: “For some hours now, opinion has been that Faure Gnassingbe is making efforts towards the truth. When the Head of State believes in a tweet that One of our greatest qualities, on the land of our ancestors #Denyigban, remains the dialogue, it seems that he would not have actually lied even if his analysis seems incomplete. About 27 dialogues have been recorded since the Sovereign National Conference. These dialogues resulted in conclusions and recommendations that have never been implemented. This is not a free statement, just revisit the history. Even the social contract, the constitution of 1992, the text groomed to the size of Faure Gnassingbe’s governance since 2002 suffers from negligence at the highest state summit” (A. Lemou, 2017).

So it seems like Gnassingbe plans a 28 dialogue to make a statement and a document. That he will not follow or make happen. Because that most likely means that he would end his presidency. End the family rule. That is why he has been silent while the people has been in the streets and showed their tiredness of his rule.

A few days earlier, this was speculated: “If President Faure Gnassingbe seems to have taken the right measure of these demonstrations that gather every time thousands of Togolese in the street, it is not certain that he found the right formula to bring down the mercury. Despite the constitutional reforms of the Togolese head of state, which also limit the presidential term to two, the temperature is only climbing. Because it became the problem, to believe the opponents who do not want to negotiate anything other than the departure of the son of the late General Eyadéma Gnassingbé. What to do to return to Togo the peace invoked by everyone but not found? Diplomatic discussions, official or under the table, triggered by different firemen and whose flowers are far from blooming for lack of water to water the seeds, could even have a sad end, even before bringing the protagonists around the table. And for good reason, the opponents blame new abuses committed by the defense and security forces on the demonstrators, following the march of Saturday, December 2 which would have mobilized hundreds of people. It is to be believed that before approaching this famous dialogue, each side would like to be in a position of strength. The opposition in particular knowing the power more or less shaken and cornered raises the stakes” (Seka, 2017).

Therefore, when this sort of sentiment comes up. You know there is dire need for change, because the government is cornering the people and the opposition against it. It is creating wounds and hurt on its own. That is why the stakes are so high, while the demonstrations have been prolonged. As well as the willingly silence of the President.

But with the knowledge of the oppression of the government. It is hard to believe that Gnassingbe is ready for dialogue. Because he knows that the people are tired of him and his rule. They are ready for someone who actually represents them and not the interest of the ruling family regime that he inherited. Togolese Republic is not an institutionalized monarchy, even if the Togolese President acts like its so.

If the President had cared about his people, the ones he represent, he wouldn’t have killed protesters and detained them with arbitrary charges. He wouldn’t have banned the freedom of expression and ban public gatherings during the recent months. So, his actions for months have not showed any progression or any significant will to change. More of the same and him controlling the state machinery whose been oppressing the people.

With that in mind, I have a hard time believing that a man who can silently oppress his people for months. Have any will or tend to care about the fate of his own people. If he had cared, he had acted a long time ago and he wouldn’t dare trying to fix the laws so he could run for a third term. When the people are ready for someone else, than a Gnassingbe.

Maybe if he hadn’t ordered the killings and detaining of his own citizens. While actually letting them protest in peace and understood the problem of his continued rule. Then people might have believed the courtesy call from him now. There been enough suffering for him to just skate by the acts of his government. The government that is supposed to represent the ones they have oppressed.

Gnassingbe, better be calling on the French or someone else to foot his bills. Because the people are tired of him eating their state reserves. They demonstrations for months and their will to this. Has been manifested. The international community should support this uprising and give it legitimacy to overthrow this illegitimate government run by Gnassingbe. Peace.