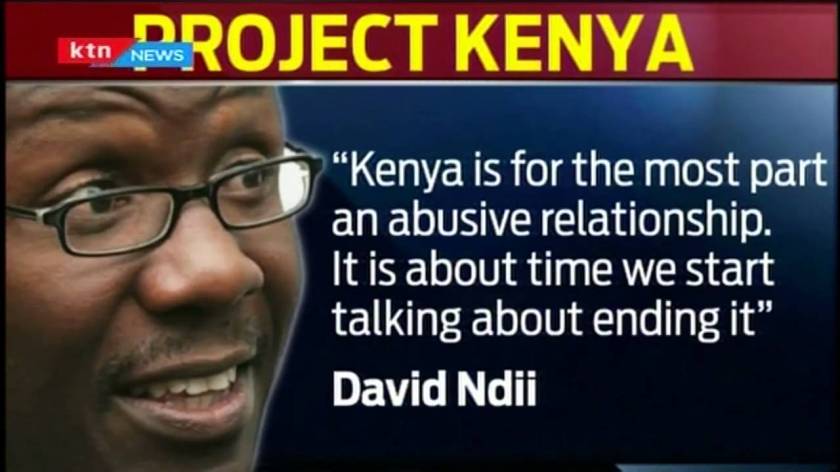 If you ever thought the Jubilee and President Uhuru Kenyatta really won in October 2017 Fresh Presidential Elections, you are wrong. Why do I mention this today? Well, the Jubilee and their National Police Service together with the Flying Squad aka Central Intelligence Division (CID) have tracked down David Ndii in Kwale County and has arrested him there. This because of his role in strategy within the National Super Alliance (NASA) and the newly created People’s Assembly. The Jubilee and the government are clearly fearing the power of these outside entities, as they have now arrested Ndii for his role in this.

Therefore this is the story of today:

“David Ndii being taken to Diani Police Station from Leopard Beach Hotel in Kwale because of his appointment to stear People’s Assembly. The NASA leadership is in the picture” (…) “One Mr Aleng Peter Gimwani, Service. No 234336 from the Flying Squad and five officers picked Dr David Ndii a few minutes ago from Leopard Beach Hotel in Kwale. Alenga told Ndii’s wife that they are taking him to Diani Police Station. But Ndii is not at Diani” (…) “He went to Leopard Beach with 7 men who said they wanted David for questioning at the Diani police station. Ndii associates followed them to police station after 10 minutes but the he has not been taken to Diani” (…) “Police have confirmed they have David Ndii at Diani Police Station. But they want to go back to his Leopard Beach Hotel in Kwale and pick the computer and laptop for the information they need” (Dennis Onyango, 03.12.2017).

The arrest also come after the Standard Digital by Robert Abong’o – “NASA Chief Strategist David Ndii sends strong message to ruling party” on the 2nd December 2017. This story, Ndii said himself was “Fake News”. The vital part of the story is this: “Here is Ndii’s statement: You steal the people’s democracy and kill the whistleblowers. You oppress the judiciary and call them names. High profile election officials kidnapped and brutally murdered. Never again shall elections be rigged in Kenya. This madness shall stop. The time has come. From peace to pieces. Ballot to bullet. Poll to pain. We shall pay the price. From the rouge police to ethnic profiling. We were all Kenyans until the government classified us, greed separated us and police disregarded us. Mugabe was sworn in, the people removed him. Kibaki was sworn in the people rejected him. That’s why we are back to the People’s Assembly. Egypt shall tell you more. We refuse dialogue at the expense of electoral justice. Those who stole our democracy told us to entertain them with our cries. They told us to demonstrate and shout all we want. To entertain them with our sweat, blood and tears” (Abong’o, 02.12.2017).

I believe the arrested man, more then the Githeri Press, because of their track-record. Especially concerning the issues of the People’s Assembly and the expressed nature of NASA own statements and memo’s to the world. These are not combined with the story that was in the media or in Standard Media Digital. David Ndii has more authentic message and also approach combined with the leadership inside NASA. When we also know that within 24 hours he is detained and arrested at the Leopard Beach Hotel in Kwale, this proves that the state planned this and planted the story to be able to arrest him. That is what seems most likely, since he was in progression and planning for a People’s Assembly in Kwale.

As expected they would use the story and the People’s Assembly Committee leadership against him. Therefore, Jubilee and the Police is charging him like this: “David Ndii has been arrested by jubilee government for what they call treasonous incitement via twitter on self defense against police brutality on unarmed civilians”. Which only a nutcase and idiots would arrest people over, a little like retweeting “goblin” and being detained in Zimbabwe. Clearly, the Kenyan Police is trying to be good as the Zimbabwean was in the final days of Mugabe.

Free David Ndii and his cause, his ideas combined with the NASA leadership will not be intimidated, because the idea and paradigm shift is already starting. Because the Jubilee is creating a vacuum and not fixing the issues, but trying to silence the opposition. Either by guns, tear-gas or arresting on arbitrary arrest like this. Ndii should be charged and it should be public. The NASA leadership will cover legal expertise and the scrutiny of the state will arrive from the fist minute. No doubt. It is already starting.

Kenyatta and Ruto, this is foolish. We know it and you do to! Peace.