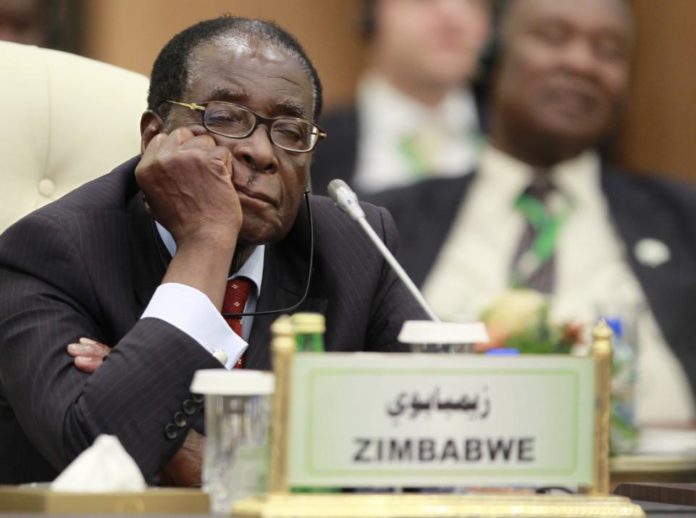 Today, the 37 years under the President Robert Gabriel Mugabe is over. After his resignation letter got read out loud to Parliament and the Public. This after he tricked the public and the generals this Sunday. Mugabe has done whatever he could to stay in power and used all sorts of tricks to stay. There been promise of him leaving earlier and even losing rigged elections. But that has never yielded any fruits. Therefore today is a unique day.

As this is how it started:

“In a broadcast on television tonight, Mr Mugabe said: “I wish to assure you that there can never be any return to the state of armed conflict which existed before our commitment to peace and the democratic process of election under the Lancaster House agreement.” (BBC).

So all the hope of Mugabe was there and he had it all made to become a legend, make a legacy worth a damn after fighting a liberation war against the Ian Smith and liberate the Republic from the United Kingdom. Clearly, that had to happen as the White Minority had to fall and let the people decide the fate of Zimbabwe. Therefore, that he has used the government and the army to oppress the people, detain and kill. That is what he has been doing to stay in power. Used the state to secure that his loyal cronies and clientele riches and land. That is why the Cabinet Ministers and Members of Parliament who has fled and detained has been taken with large amount cash, while the republic is broke and depleted. That shows that the ZANU-PF are systematic this way, in thieving and Mugabe has been the provider. Therefore, the republic need a change from that.

The one who has been the cult figure, the leader and the head. Mugabe has been the epitome of a revolutionary turned corrupt gangster in charge. The ZANU-PF Government has used violence, intimidation and rigging to stay for so long. The rotten courts and the system that has been built around Mugabe, will not go away. Lot of people have eaten and will continue to eat, unless you also take the root of the problem. The Zimbabwean people and Zimbabwean Army have now gotten rid of the top main branch, but there are more branches on tree that is rotten to the core.

President Mugabe is now an old-man and let his wife try to create a future dynasty under her. That was not accepted as they forgot the control and power with the Vice-President Edison Mnangagwa. The false-start of the Mugabe dynasty was short-lived because of the will of Grace Mugabe. Her ways and her unpopularity, was so bad and so ruthless that the ZANU-PF couldn’t even manage it. That is why the Lacoste part of the party reacted and got the military to besiege the government to show the lethal force they have.

Today, because of the wish of a dynasty, he had to pull his candidacy, even after being voted earlier this year as the candidate. Even the Woman’s League and Youth League had professed loyalty just weeks ahead for Grace as the VP. This changed and was thrown in the garbage. Since the army was besieging them and making them change their mind. The leaders of G-40 got sacked from the party and also from the government. This happen over night and within the ZANU-PF. As the same party who professed loyalty for Mugabe has now changed it’s mind. Therefore, the last few days has been special.

The Zimbabweans have all rights to celebrate and for a long time, since the ZANU-PF and Mugabe have taken the republic and ate all of its resources. That is known and to say otherwise is to blind to facts and matters at hand.

But even with him gone and his legacy left in tatters. Where his ruthless acts and his depleting state reserves. As well as possible damages to the economy, there will sudden changes that has to appear. So that the same party with the same principals grown under Mugabe will continue to prosper. As long as the army and Lacoste faction are connected, they will make sure the transition goes smooth. While they still will ask for international legitimacy for their new government.

We can wonder and wait to see if they will change or if it will be more of the same. If people will be detained for calling Mnangagwa a crocodile, instead of calling Mugabe a goblin. We can just wonder if civil activists will be taken and detained on arbitrary arrests and quell protests as it happen in the past. The Coup made it happen and peaceful demonstrations where possible.

Today there are celebrations and that is all but justified. As Mugabe has been a dictator and as an oppressor for over three decades. They have all rights to celebrate and its well deserved after all the pain. Mugabe has been the neo-colonial master and made them his subjects. Now they can continue to strive for liberation and freedom. Not just in name but in the spirit of the state. That can be possible now, as long as the civil society and the civil activist continue to push for reforms and changes within the state. That #ThisFlag Movement and others are pushing for a democratic state and not a dictatorship under ZANU-PF. ZANU-PF can be a party within a democracy, but not as a sole ruler and make sure everyone abide to their leadership.

That is the future right now, we will see if ZANU-PF has a place without Mugabe. If it isn’t made such a bitter and a rotten core. We can hope that the people will continue to demonstrate against that, even after Mugabe resigned today!

They have cut the head of the snake, the target is now gone, but will it cut of the sources of the problems within the Zimbabwean government? Or will that continue as long as the crocodile runs the nations? Will he reform the state and put into the perspective of the civil activists within the state?

Or was the change or cutting of the head, just a facade and a mere canvassing a new picture over the old one and hoping that no-one see the shade of the old one beneath it. Peace.