A look into the Niger Ambush! 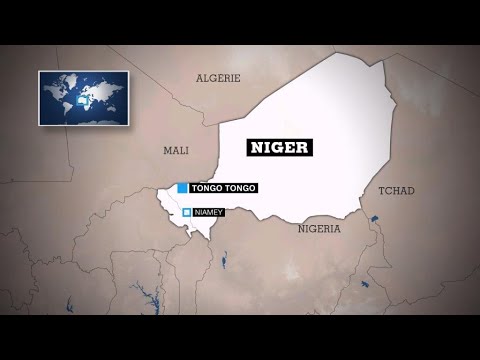 Well, there is often now, when it comes to the assistance and the help from United States Army, it is less planned, but more erratic just like their President. The Commander-in-Chief, President Donald J. Trump is behind the mess created and the death, he is the last to order and sanction the violence. If the US Army is behind a mess in Yemen, it is on his hour, if its done bad in Niger, it is still on his watch.

Just like Hillary Clinton was in a mess in Libya, this is a story of how the United States might have inflicted much harm in Niger, without intelligence and backgrounds checks. Clearly, it must have been something gone wrong, when they are ambushed happen and there are conflicting reports of it. We cannot know everything now. Since the investigations of the different security organization will start. As well, as the Trump Administration are in high gear of deflections and trying to silence the story. Because, this is damaging reports. Not only his lack of compassion to the families of the lost soldiers in battle, but also the lack of collecting intelligence before striking at the enemies during conflict.

Here is some of the key aspects we can for now take from the Niger ambush. This is not the whole story, but some pieces of the puzzle, to make sense of the manner, the Special Forces operated and the AFRICOM Battalion that is stationed in Niger. Hope this gives you some sense of it all.

“News reports indicate that the attack occurred near the town of Tongo Tongo (see Figure 1), in a border region where a number of armed groups are active. These include locally-led factions affiliated Al Qaeda and the Islamic State organization, ethnic militias, separatist rebels, drug traffickers, smugglers, and bandits, with the lines between these categories often blurred. (See CRS In Focus IF10172, Al Qaeda in the Islamic Maghreb (AQIM) and Related Groups.) Islamist armed groups regularly conduct attacks against local targets—notably focusing on government officials, prisons, schools, and individuals accused of collaborating with the state or with French-led counterterrorism operations —and against U.N. peacekeepers in Mali. Some analysts assert that the often heavy-handed counterterrorism approach of local security forces has contributed to worsening instability” (Arieff, 2017)

“On Tuesday, October 03, 2017, a patrol of the defense and security forces and US partners operating in the Mali-Niger border zone was ambushed by terrorist elements on board a dozen vehicles and twenty motorcycles. height of Tongo Tongo village located about 80 km northwest of Ouallam. After intense fighting during which the elements of the joint patrol showed courage and an exemplary combativeness, the balance is established as follows: FDS four (4) dead, eight (8) wounded, partners American three (3) dead, two (2) wounded. In this painful circumstance, the President of the Republic, Head of State, Supreme Chief of the Armed Forces and the Government offer their deepest condolences to the families of the disappeared and wish a speedy recovery to the wounded. They welcome the commitment of the American partners alongside our defense and security forces, they reiterate their strong support and encouragement to the entire defense and security forces in their mission of defending the integrity of the national territory and strategic partners for their continued support for peace and stability in the region” (FAN, 2017).

Report in LA Times the day after:

“Officials hoped the missing U.S. Army Special Forces operative might still be hiding in the dense brush, rather than taken captive, and launched a massive search-and-rescue mission with aerial drones and other aircraft, as well as Nigerien ground forces. The death of four Green Berets in remote West Africa marks the worst single loss of U.S. forces under fire since President Trump took office. The president was briefed on the search and the discovery of the body, officials said. The casualties came as a heavy blow to the insular special operations community that increasingly shoulders the burden of America’s counter-terrorism operations overseas. The four fatalities, as well as two wounded Green Berets, were in the 3rd Special Forces Group based in Ft. Bragg, N.C” (Hennigan, 2017).

“The development comes after the US slammed a travel ban on its citizens. Chad defence officials have not given a reason for this action, but it is believed that it could weaken the fight against the insurgents. Residents say the withdrawal of the troops had already impacted on Niger’s Diffa region, which has seen a series of attacks by Boko Haram crossing over from their base in Nigeria” (NAN, 2017).

“Eventually, after talking to the village chief, the troops got into their vehicles to return to their base, a two-hour drive. But less than five minutes after they drove out of the village, the convoy was ambushed by a group that outnumbered them two to one. About 100 armed insurgents, many of whom were on motorbikes — two or three people a bike — as well as others in about 10 sport utility vehicles, surrounded the convoy. They were armed with heavy weapons, including anti aircraft weaponry as well as rocket-propelled grenades, according to a Nigerien official. Soldiers in the joint patrol were riding in military vehicles as well as civilian Land Cruisers from the American Embassy. The firefight lasted two to three hours, the Nigerien official said, until a response unit from the military base arrived for reinforcements. French helicopters arrived to evacuate the dead and wounded as well as other soldiers” (Searcey, Cooper & Schmitt, 2017).

Lack of Intelligence in West Africa:

“That very same evaluation additionally raised concern that solely 20-30 per cent of the US ISR’s intelligence, surveillance and recognition necessities have been met. UU. of the US (ISR). “This limits situational understanding, assist operations and presents no risk indications and warnings,” the command warned, including that the state of affairs is most severe in West Africa, the place the military of states United has roughly 1,000 individuals concerned in a dozen operations in a area of 9 nations. Nigerian officers have stated that the ambush on four October was on account of a “failure of human intelligence.” This useful resource hole “forces our workers to return to pricey and ineffective advert hoc options,” the command instructed lawmakers” (DrFeed, 2017)

I think these clips from different sources say a lot and shows that the neglect and the importance of collecting intelligence. As well, as knowing the intent of the locals and their loyalty towards the insurgents. Therefore, the joint-command brigade was ambushed. There will come more intelligence and more information, that will show the damaging information that is for now left out. Unless, the United States wants to hide their acts. The dead soldiers will not return, not matter what you do, but to see the causes and the reasons for their demise could be learning curve for the military and their operatives.

We cannot know everything now, but we will with time, as the investigations and the revealing intelligence will come to forward. Clearly, the White House wouldn’t touch this in the beginning, because they knew of the their misbehavior and has since tried to deflect it. Especially, since their own President has assaulted Clinton for her actions in Libya, this could be seen as similar and be alike. Therefore, the smear-campaign and questionable acts was taken to Congress in various committees, the same should appear in this case. But don’t expect it, because the Republican are still loyal to their President. However, if that turns and their show compassion and care for their Republic. They would have dozens of investigations and also look into the ambush. The reasons and the orders that was given, also why the people lost their lives in the village of Tongo Tongo close to the border of Mali, inside Niger. Peace.