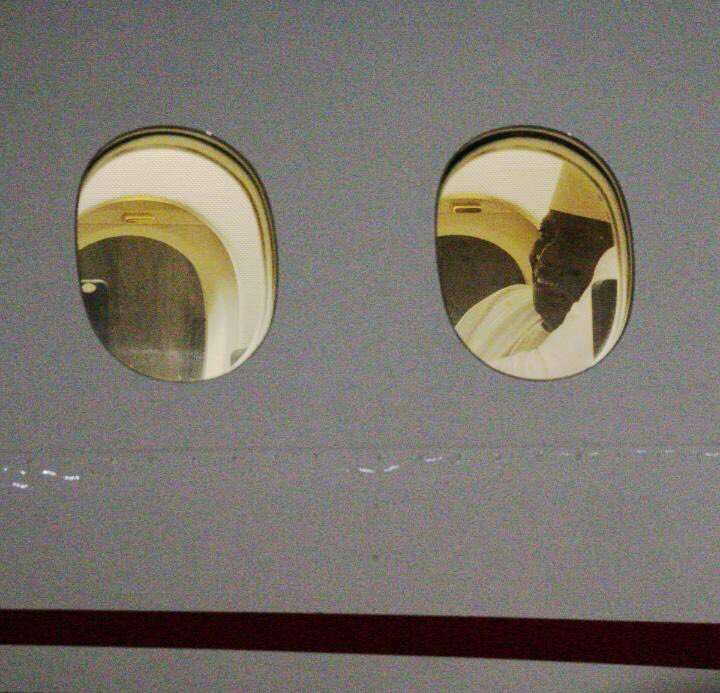 There are some men of Nobel character out there, but they are usually hidden and in silence. Today, I will have to write of one of them. This has actually happen back-in-January of 2017, but only gotten a whiff of it this week.

The world knows of the democratically elected opposition leader and Presidential Candidate Adama Barrow of the Republic of The Gambia. That in the midst of January 2017 he was sworn-in on the 19th January, as President Yayha Jammeh fled to Equatorial Guinea. It didn’t look like he would leave, but international pressure and also resignation of his own cabinet members forced this. That ECOWAS sending forces from Senegal into Gambia, also gave the former President no-hope of a longevity of his presidency. Jammeh had a dictatorship for 22 years, even killed his opposition and harassed them.

But this is all well-known facts about the state of affairs in Gambia. That the one winning election and the who had to sworn-in in Senegal and needed Ecowas troops to get rid of the 1994 Coup d’etat General Jammeh who never wanted to leave his post. Even if someone else won over him with a coalition victory years after.

Now today after months in-charge and the dictator disposed. The act that the new president did, shows his character and his real quest to power. It shows that he can actually prove his manhood and bravery. Adama Barrow should never be underestimated. Because he came to Gambia after fleeing on the 26th January after swearing-in on 19th January 2017 in Dakar, Senegal.

This here proves that someone was pardoned by the newly elected President, just days after he was returned and sworn-in. Just starting his rule and his first term in power. The peacefully elected President decided to pardon 39 people. Of these 39 people, one person is a standout, one person who has looted the Republic and been a torn in the flesh of the people. The one they couldn’t stand or be the head of state anymore. The 25th Person who was pardoned by Barrow, was no other than Yahya Jammeh!

Barrow who has nothing to win by doing this, who has nothing to gain, still gave way for Jammeh and even as he is in exile in Equatorial Guinea with his wealth. He still hasn’t have to fear the law or repercussions from law-officials and law-officers of Gambia. Since he is pardoned. He is a free and rich man in exile, that is the gift Barrow gave him, just days in power and as Commander-in-Chief. Barrow had no need to do this. He could have prosecuted him and tried every single way of freezing the accounts and get the tax-funds looted back to Gambia. Instead he pardoned him and let him go. So that Jammeh should have less grievances against the now ruler of Gambia. There shouldn’t be anything personal or anything that creates friction between them.

The one in exile should kiss his pinky-ring. He should watch over his estate and his wealth in joy. The people of Gambia should know what sort of man they have elected. There we’re no need to act this swift and give this pardon. But he did for his reasons. Clearly, the wise man forgives, but never forget. Barrow seems smart, but hopefully will not be conned. He was saved by ECOWAS and the International Pressure on Jammeh. Now he has showed his character and it deserves praise. Not because Jammeh deserved it. He didn’t he should been behind bars and paid-in-full. But Barrow gives way and shows hope of a better future. Since the leadership of this way. Gives hope for a tomorrow. Peace. 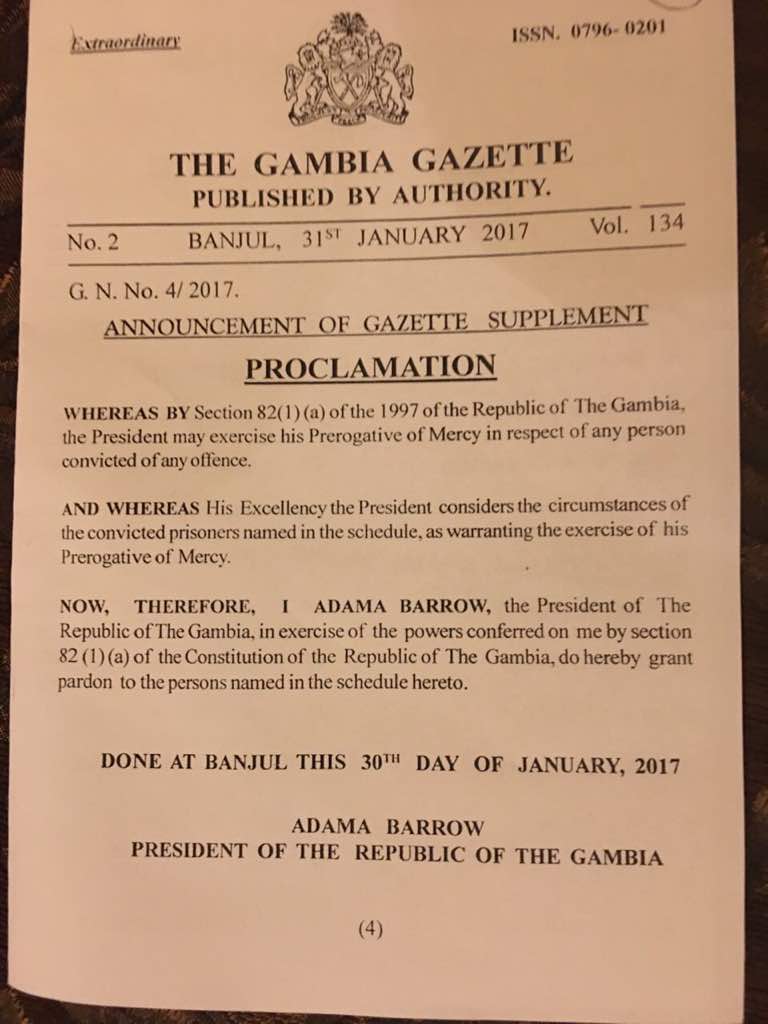 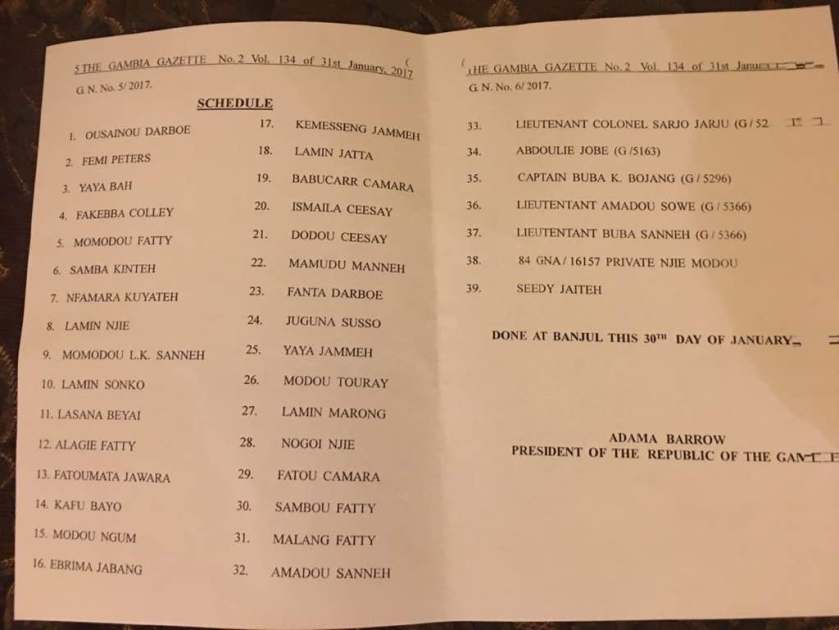