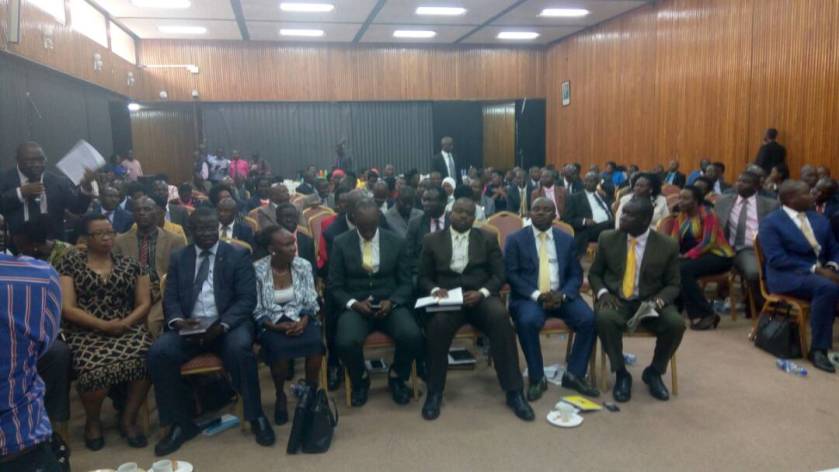 That the National Resistance Movement (NRM) Members of Parliament, the 250 MPs did this earlier today: “NRM MPs pass motion to table a private members bill to amend article 102b to scrap the presidential age limit” (NTV Uganda, 12.09.2017). So the NRM MPs has now decided that they will make it possible for President Yoweri Kaguta Museveni can become Executive for life. Life Presidency is the mission and to do so, since he cannot amend and cannot change his Date of Birth. Even if he tried to do so earlier this year. Now, the NRM MPs wants new suits and new perks, they want to eat more funds and prove loyalty to Museveni.

“Ugandans have the capacity and freedom to choose the person who should lead the country as President in accordance with art 103 of the Constitution. The people’s freedom of choice of the President is expressed through regular free and fair elections and this right should be guaranteed and not restricted. If the voters do not want a particular person to lead them or they are tired of his/her governance style, they will reject that person at the time of elections and vote them out” (…) “The law is discriminatory against Ugandans who are aged 75 and above. Article 32 of the Constitution prohibits discrimination based on age and other factors. Members of Parliament and other leaders (except President and District Chairperson) do not have this kind of restriction. It is necessary that this imbalance is redressed as provided by the Constitution” (NRM Arguments, 12.09.2017).

It is rare that in a Republic like Uganda, in 2016 there are about 750,000 over the age of 65 year old. That is out of 38 million citizens, which means it is about 2%. So the discrimination cannot be serious, but the groups with little voice and possibilities are the youths under 21 years old is 69 % of the people in country. They are about 26 million people, which is a bigger group. It is special that the young republic filled with youths are caring about the age limit and making sure the 2 percentage of the people can get one title.

Clearly, it is not made for discrimination, it is cater-made and tailor-made for Museveni. That his own party and his own cronies are creating excuses to make a bill, a bill made for life presidency. Nothing else, the other words are lies or made to secure funding of their enterprises. To make sure the cronyism is staying alive. President Museveni will make sure the Constitution of 1995, be more drilled into. So that the Constitution is made for Museveni and no-one else.

That is the reality, not that its breaking news. President Museveni has been working on this and now they are trying let his die in charge. Become Uganda’s Mugabe, as noble as that is. To stay in-charge until he falls asleep abroad and his wife becoming vicious. That is what the NRM wants for their own. Peace.