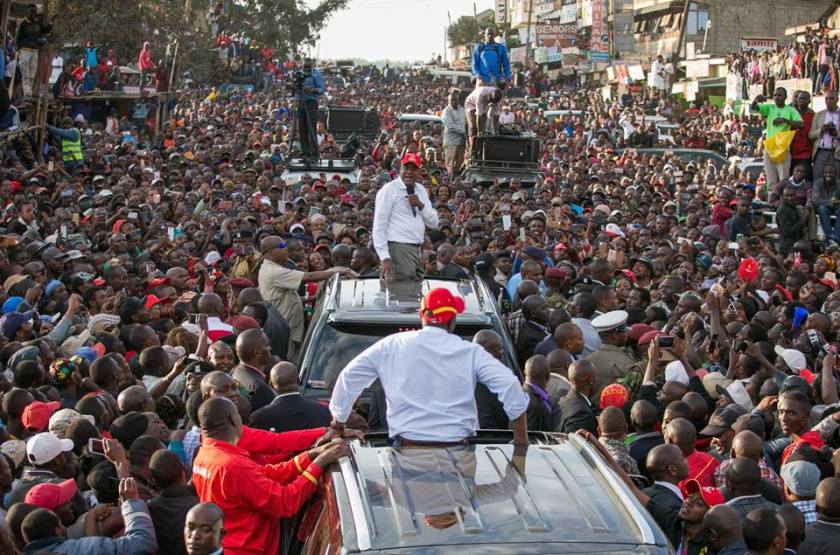 The Supreme Court ruling on the 1st September 2017, that nullified the Presidential Election on the 8th August of 2017. Therefore, the incumbent President Uhuru Kenyatta and the Jubilee Party feels betrayed by the judicial system. Clearly, the President and his clientele wanted the algorithm and the counting to be validated. The incumbent and his party are hurt by the Supreme Court and their judgment. This has killed off the easy way to second term. That is why he is pissed. He cannot manage that the Courts took away his power and suspended it.

President Kenyatta should buckle-up, be man and take the slap on his face. Not that he can carry that or have the wisdom to do so. Uhuru has sound like and act like a spoiled brat. Instead of showing courtesy to the Kenyan people and their institutions. For someone who has been in-charge, he has little respect for the government institutions and their statutes. Kenyatta, should have more respect for judicial institution, as he has been leading the Parliament, the lawmaking institution and the ones making the provisions for the courts. Take a look!

Kenyatta at a Rally this Tuesday:

“I am angry because I was wronged. They wrongfully overturned my victory. We should tell the truth” (…) “We won fair and square. We won by over 1.4 million votes, but the court decided to deny us our victory. We are more than ready for the fresh elections” (…) “It would be easier, but they chose a free election. This is tantamount to denying rights to over 15 million voters who participated in the August’s poll” (…) “Raila is simply inciting the Kisiis by misleading them that I’m blaming the CJ simply because he’s a Kisii. I am just expressing my opinion” (…) “They should leave me alone. When he criticised Matiang’i (for deploying police to maintain order after poll), didn’t he know he is a Kisii?” (Mwere, 2017).

Let’s be clear, Mr. President, you we’re not wronged by the Supreme Court. Kenyatta would by that accord have no issues a theft of an election. The Incumbent would have no problem with the rigging and the non-existence documentation of the voting. This was all put forward as the provisions for election was breached. That should worry the President, that would have been ruling without legitimacy. Clearly, the truth isn’t beautiful, it is rigging like it was a sport. The victory would be false start and also a thieving.

That the President feels so betrayed and angry, but he shouldn’t be mad at the Supreme Court. Instead, he should be mad at the Independent Electoral and Boundaries Commission (IEBC) for their lack of electoral procedure. If they had been up to par and, if they had followed standards of electoral codes and provisions. He could have been the President, Kenyatta could have, but because the 8th August counting and announcing the results. The IEBC should have been correct in their acts of electoral work.

The President shouldn’t continue to name-call and be so bitter. He should buckle-up and become a man. By now, the world will know, that the incumbent are the most bitter man in Kenya. He should feel so, especially considering Kibaki’s party Party of National Unity (PNU), recently joined the NASA coalition after the ruling. Peace.